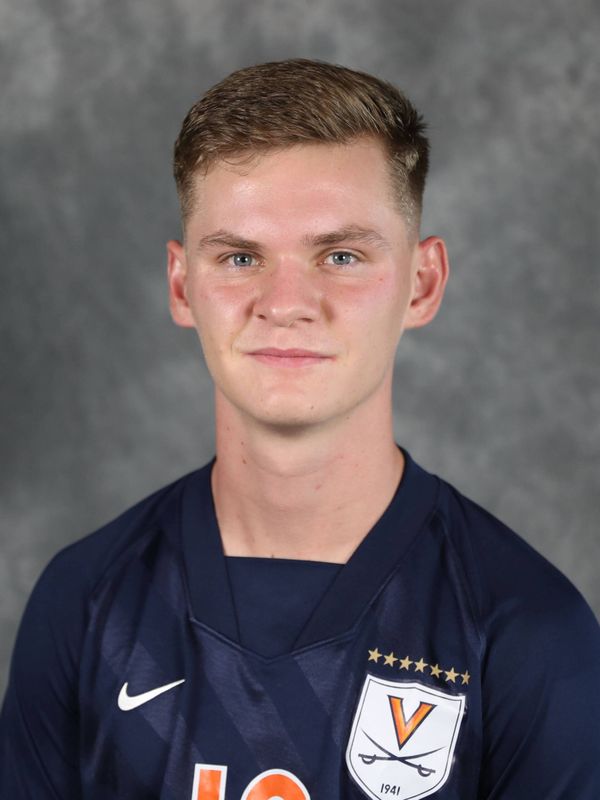 2020
• Started 11 of the 13 games in which he appeared
• Scored two goals and was tied for second on the team with two assists
• Totaled 13 shots, four went on target
• His first goal came in his first collegiate game, an equalizer in the 90th minute against then-No. 2 Pitt. He came on as a second half substitution and played the final 47 minutes of the match
• Against George Mason on March 2, scored the final of three first half Cavalier goals
• Played a season-high 90 minutes against George Mason (March 2)
• Started the first seven games of the spring before sitting out the season finale with an injury
• Listed on the ACC Academic Honor Roll