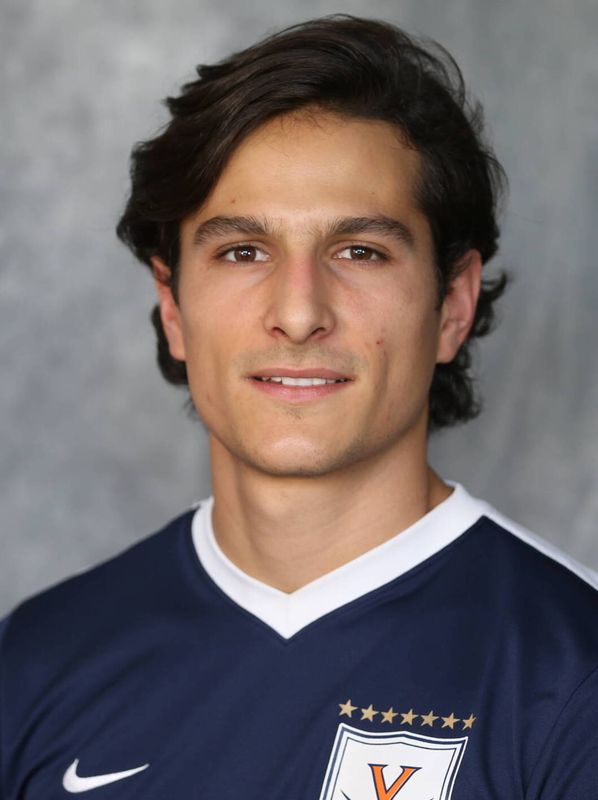 2017
• Drafted in the third round (59th overall) by the Houston Dynamo in the 2018 MLS SuperDraft
• A Third Team United Soccer Coaches All-South Region Selection
• Named a Second Team All-ACC honoree for the second-straight season
• Earned ACC All-Tournament honors
• One of four Cavaliers on the ACC All-Academic Team
• Averaged 2.62 shots per game, eighth most in the ACC
• Started all 21 games and was second on the team in minutes played (1,995)
• His 18 points (7g, 4a) were the second most on the team and four assists were tied for most on the team
• Credited with game-winner against Hofstra on Aug. 31
• Scored a career-high two goals in the ACC Quarterfinal match against Boston College
• Four of his seven goals came against ACC opponents
• Finished his career with four goals and two assists in 17 career postseason games

2016
• Second-Team All-ACC honoree
• Appeared in all 20 matches, including 14 starts
• Led team and ranked eighth in ACC with seven goals, including the late game winners in each of UVA’s last three victories
• Made incredible individual play to score golden goal in double OT in NCAA 2nd Round vs. Vermont (11/20)
• Scored in the 82nd minute in UVA’s 1-0 ACC tournament win over NC State (11/2)
• Scored UVA’s goal in 87th minute against Duke (10/28) to secure the win (first game-winning goal of his career)
• Also recorded goals against James Madison, VCU, North Carolina and Radford

HIGH SCHOOL
• Attended school and played soccer at the IMG Academy in Bradenton, Fla.
• No. 34-ranked player in U.S. and No. 2-ranked in Florida by Top Drawer Soccer
• Member of 2010-11 U15 U.S. Men’s National Team
• Named IMG Academy’s MVP and Best Attacking Player in 2012 and 2013
• Named 2011 IMG Player of Year
• Member of IMG Academy’s U16 and U18 and Academy teams
• Was 2010 U16 IMG Academy USSL Most Improved Player
• Captained U15 IMG Academy Team which won state championship
• Coached by Scott Dean at IMG Academy