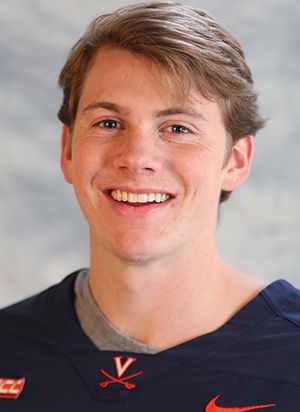 TIFFANY ON BURKINSHAW
2019 – “Despite practicing for only half of his initial semester on Grounds, this goalie peaked everyone’s attention with fast reactions and assertive outlet passes.”

2019
• Appeared in 11 of UVA’s 20 games with two starts
• Made first career start at No. 19 Princeton and saved a UVA freshman record 24 shots
• His 24 saves at Princeton were also a record for Class of 1952 Stadium
• Went 2-0 in the cage and his 51 saves rank No. 11 as a single-season at UVA by a freshman
• Named ACC Defensive Player of the Week and Warrior/US Lacrosse Magazine National Player of the Week (Feb. 25)
• Named to the USILA Division I Team of the Week (Feb. 26)