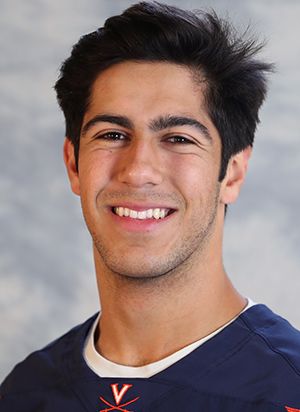 TIFFANY ON RODRIGUEZ
2022 – “Fundamentally sound, almost pure. He gives the most honest of efforts to everything he does: with everything we do on the field and spearheading efforts off the field like the Will Barrow fundraiser. Dangerous point earner around the crease with stellar stick protection and his sneaky Lyle Thompson-esque backhanded shot.” 2021 – “Goal-scorer’s mentality … “headsy” player … very difficult to double-team … made significant improvement this past fall semester … accurate shooting while both moving towards or away from the cage.” 2020 – “Looking for the prototype and fundamentally precise lacrosse player?  Watch Paul Rodriguez play the game.  Or, better yet, ask our defense to tell you who is the toughest man to double team or who shows little of his stick as he possesses the ball.  Paul is a fantastic student of the game, with an analytical approach to incorporating the ideals of our sport in order to make himself the most technical player in our program.” 2019 – “The progress this first-year is making is identifiable almost daily – shooting, stick-work and dodging techniques continue to adapt and become enhanced.”