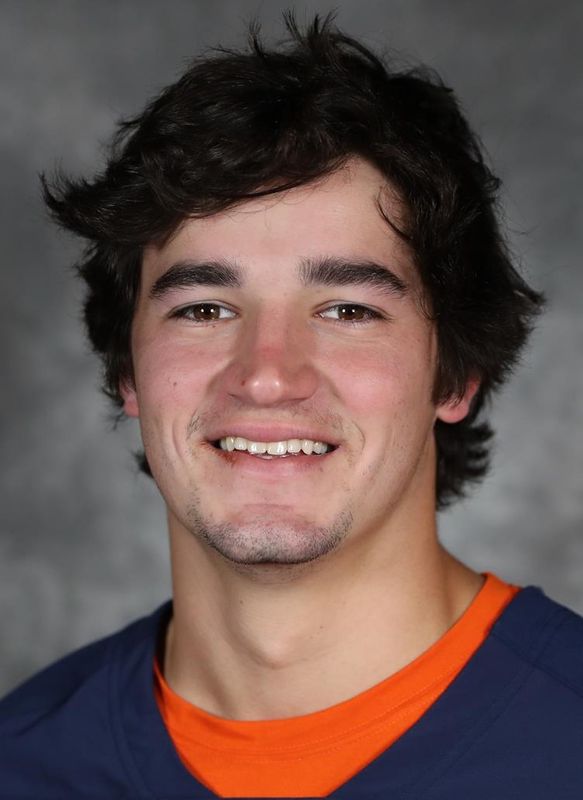 TIFFANY ON QUINN
2022– “We are fortunate Regan decided to return for a 5th year here in Charlottesville… Brings both street smarts and field smarts… Pulling the trigger himself much more now, bringing his own heat… This aggressiveness makes him more dangerous as he has a better balance with decision-making, both feeding and shooting.” 2021 – “Difficult to categorize as shooter or feeder first … can unload heat but is always surveying and spying open teammates … continues to sacrifice and enhance his training and strength.” 2020 – ” Does anyone have better vision on the team? Regan is superb with both putting the ball on the ear of the recipient as well as anticipating not yet realized openings in a defense while his teammates move. His ability to do such with both hands makes Regan that much more effective with putting pressure on the opposition, who must also respect the impressive range he has with his outside shot.” 2019 – “This second-year’s repertoire of feeds and shots is growing in complexity and efficacy, building upon the meaningful experience he earned in his first season in Charlottesville.” 2018 – “The typical growing pains experienced during the transition from high school lacrosse to the collegiate level were witnessed earlier this fall for Regan, but changes for the better are starting to be observed.  Regan can fire the ball with startling speed, and he is doing so with both hands.  There is a path to playing time for Regan, and he can realize this route with continued growth in both his dodging and assuredness in himself.”