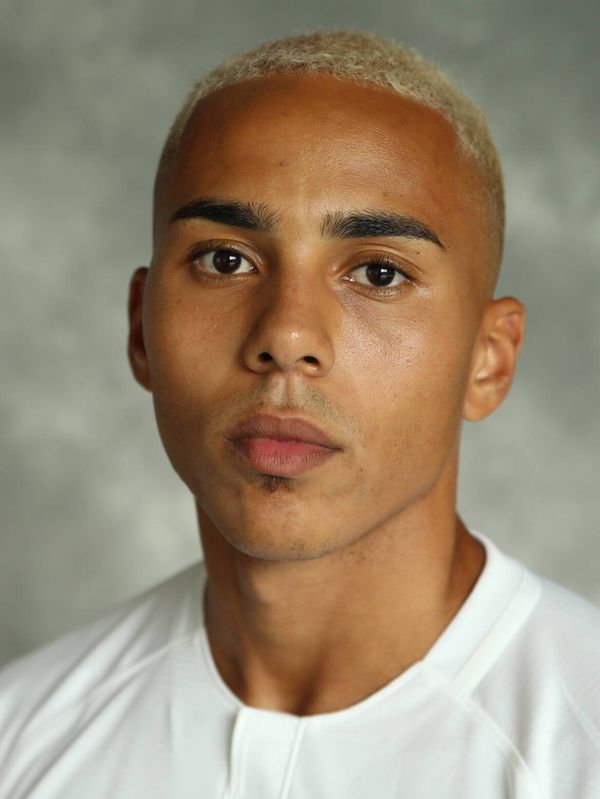 2019
• Drafted in the second round (37th overall) by the Colorado Rapids in the 2020 MLS SuperDraft
• A United Soccer Coaches Second Team All-South Region honoree
• A Third Team All-ACC selection
• Recipient of the Stanley Lerner Memorial Award as the team’s Most Valuable Player for the second-straight season, the sixth men’s soccer player since 1963 to win the award twice
• Served as one of two team captains on the 2019 club
• One of five Cavaliers (school-record) named to the ACC All-Academic Team
• One of four Cavalier field players to appear in all 24 games, his 2,182 minutes were the third-most among Cavalier field players
• Started the final 47 games of his college career, longest active streak on the team
• Totaled a career-high, six points (2g, 2a)
• His penalty kick goal in the ACC Championship gave Virginia a 3-1 advantage and was his second career ACC Tournament goal
• Honored as the ACC Defensive Player of the Week and listed on the College Soccer News Team of the Week on Oct. 7 after helping the Cavaliers to a pair of shutouts (George Washington & then-No. 24 Louisville). He also scored the game-winning goal against George Washington on a set piece that earned him the top spot on SportsCenter’s Top 10.
• Listed on the College Soccer News Team of the Week on Sept. 16
• Recorded assists on game-winning goals against NC State (Sept. 20) and Wake Forest (Nov. 13).

2018
• Served as one of the team captains for the 2018 season
• One of two UVA players (Joe Bell) to start all 17 games and play every minute
• Recipient of the Stanley Lerner Memorial Award as the team’s Most Valuable Player
• Scored his lone goal of the season at Clemson on 10/12, a game-winner in the 49th minute
• Named to the ACC All-Academic Team and a member ACC Academic Honor Roll

2017
• Sat out two of the first three games of the season due to injury
• Started 11 of the final 12 games
• Scored his first career goal on Nov. 8 in the ACC Semifinal match against Notre Dame
• Assisted on the game-winning goal in a 2-1, overtime win over Portland on Oct. 2
• Listed on the ACC Academic Honor Roll

2016
• Named to ACC All-Freshman Team
• Started 17 of the Cavaliers’ 20 matches at left back; missed both NCAA tournament matches with injury
• Listed on the ACC Academic Honor Roll

PREP
• Played in UEFA Youth League with Borussia Mönchengladbach club team from 2013-16
• Primarily played left and center back
• Named 2013 Best Player of the Tournament in Bruges, Belgium
• Played club ball from 2008 to 2013 for Alemannia Aachen