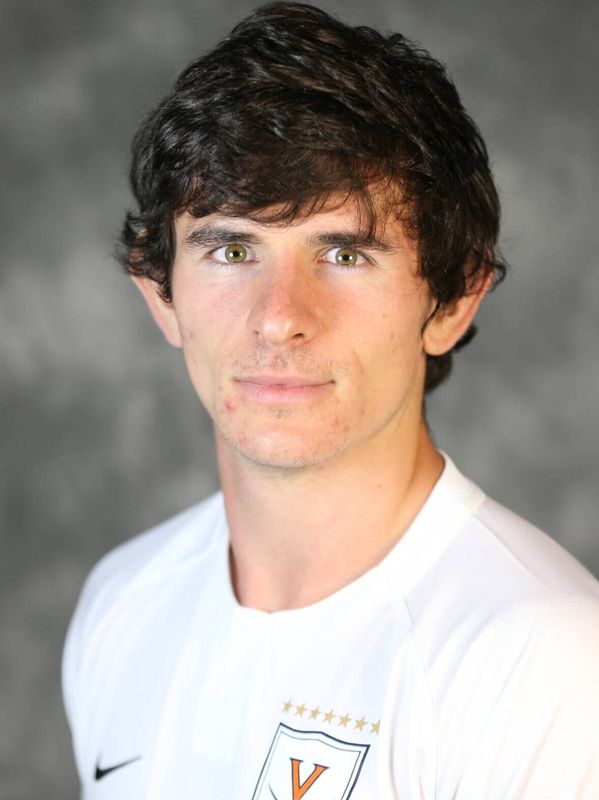 2017
• A United Soccer Coaches Second Team All-South Region selection
• Garnered Second Team All-ACC honors
• One of four Cavaliers named to the ACC All-Academic Team and also listed on the ACC Academic Honor Roll
• Named the ACC Defensive Player of the Week and included on the College Soccer News National Team of the Week on Oct. 9. He scored the game-winner and anchored the back line in a 1-0 win over Boston College on Oct. 6
• Started all 21 games and was fourth on the team in minutes played (1,972)
* Played every minute of 14-straight games from Sept. 4 to Oct. 27
• Was a perfect 4-for-4 in penalty kick attempts
• Three of his six goals proved to be game-winners
• Scored the game-winner on a penalty kick in double overtime in the team’s season opener against Villanova
• Headed in a golden goal in the first overtime against UNCW on Sept. 4
• Successful on shootout attempts against Louisville in the ACC Quarterfinal and the ACC Championship game against Wake Forest

2016
• Named Third-Team All-Region by NSCAA
• Third-Team All-ACC honoree
• Started every game at center back and played all but 10 minutes over the course of the season
• Scored his first career goal, a game winner, on penalty kick at James Madison (9/5)
• Also scored on PK against Clemson and off set piece against Cornell
• Listed on the ACC Academic Honor Roll

PERSONAL
• Parents are Manel and Montse Nus
• Has one brother, Gerard, who is head coach of Rayo OKC in North American Soccer League