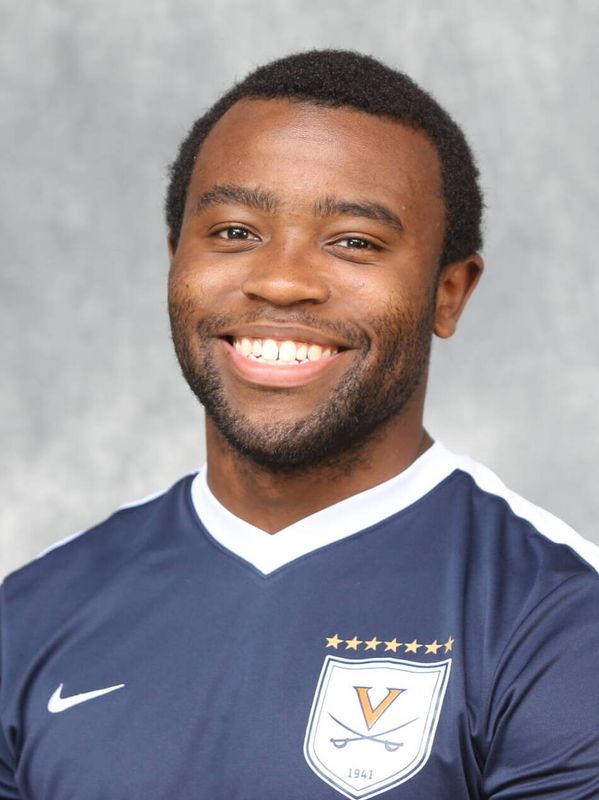 2016
• Appeared in 19 of UVA’s 20 matches, including 11 starts
• Recorded two assists off the bench against William & Mary (10/18) and NC State (11/2)
• Spent most of his playing time on the left side of the midfield, but started both NCAA tournament matches at left back

2015
• Started first 15 matches at center back
• Played full game in first 37 matches of his career over past two seasons (3,274 minutes)
• Prior to leaving North Carolina match with season-ending injury after 20 minutes, he was lone Cavalier to play every minute of every game in 2015
• Missed UVA’s final three matches with injury

2014
• Starting left back for most of season
• Named to College Soccer News 2014 All-Freshman Team (second team)
• Lone Cavalier to start all 23 matches; did not come off the field at any point during the season (team-leading 2,174 minutes)
• Named to NCAA College Cup All-Tournament Team
• Sent long ball into box and credited with assist on Todd Wharton’s equalizer in final minute at Georgetown in NCAA quarters (12/6)

PERSONAL
• Parents are Hugh and Audrey Sullivan
• Has one brother, Kyler, who played for UVA soccer team from 2011-14