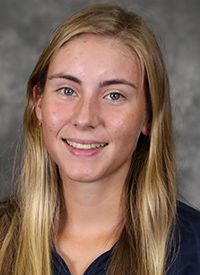 Personal
• Daughter of Quintin and Tamsin Badenhorst
• Has one brother, Lee
• Sister, Paige, is a junior rower at the University of Michigan
• Loves hiking, the outdoors, and spending time with family
• Undeclared major