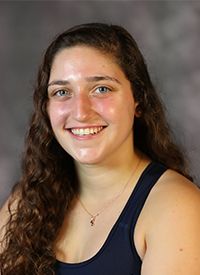 2018-19
• Captured a 12-8 overall recorded, playing in the top five of the Cavaliers’ ladder throughout the season
• Won two matches for UVA at the Kurtz Cup, competing at the No. 4 position
• Captured nine wins against top 25 programs

2017-18
• Won the round of 16 match in Holleran Cup to advance to the quarterfinals of the tournament
• Captured victories in two matches for the Cavaliers in the women’s national championship, defeating players from George Washington and Middlebury at the No. 4 spot
• Finished the season with a 9-12 record, playing in the top five of the Virginia ladder
• Completed the season with a 7-3 record in the last 10 matches

Personal
• Daughter of Siamak and Lily Arya
• Has a brother, Yashar