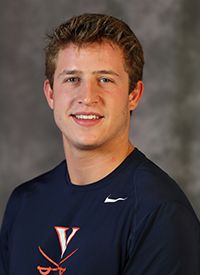 2019-20
• Recorded a 15-3 overall record
• Went undefeated at the Potter Cup, playing at the No. 9 position against Yale and Rochester
• Won all three matchups at the Mid-Atlantic Squash Championships, playing at the No. 8 position
• Captured Virginia’s first point in the team’s come-from-behind win against Yale
• Named to the ACC Academic Honor Roll

2017-18
• Finished the season playing as the Cavaliers’ No. 2
• Posted a 10-8 overall record
• Advanced to the consolation semifinals of the CSA Individual Championships
• Captured wins over Williams, Middlebury, MIT, Drexel Cornell and Brown

Personal
• Son of Douglas and Margaret Braff
• Has a twin brother, Andrew as well as older brother Douglas and a younger brother Charles