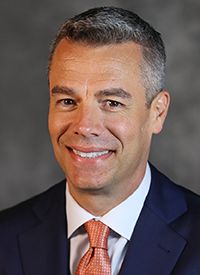 Virginia has amassed a 316-117 (.730) record in 13 seasons under Bennett’s direction. In 2021-22, Bennett guided the Cavaliers to a 21-14 record and berth in the NIT quarterfinals. The Cavaliers finished 18-7 in 2020-21, earning its 10th Atlantic Coast Conference regular-season title with a 13-4 record. Bennett became just the third coach in ACC men’s basketball history to lead his program to 10-straight winning conference seasons, joining Dean Smith and Mike Krzyzewski. UVA advanced to the ACC Tournament semifinals and earned its seventh consecutive NCAA Tournament appearance as the No. 4 seed in the West Region.

In 2019-20, Bennett guided the Cavaliers to a 23-7 overall record and 15-5 mark in the ACC. UVA earned the No. 2 seed for the ACC Tournament, but the league’s premier event and the NCAA Tournament were canceled due to the coronavirus. Bennett was named U.S. Basketball Writers Association District 3 Coach of the Year as Virginia led the nation in scoring defense (52.4 points per game) for the sixth time.

The Cavaliers won their first NCAA national championship in 2019 after posting a school-record 35 wins and earning a share of their ninth ACC regular-season title. Bennett earned ACC Coach of the Year honors for the fourth time as UVA earned its fourth No. 1 seed for the NCAA Tournament in its school-record sixth straight NCAA Tournament appearance. Bennett recorded his 300th career win vs. Marshall as the Cavaliers amassed their most points (100) during his tenure.

In 2017-18, Bennett guided UVA to a 31-3 record and its first No. 1 ranking in the AP poll since 1982. The Cavaliers captured their eighth ACC regular-season title and third ACC Tournament championship, along with an ACC-record 17 league wins and ACC-record 9-0 mark on the road. Bennett became the sixth coach in ACC history to win at least three outright ACC regular-season titles (Frank McGuire, Vic Bubas, Dean Smith, Mike Krzyzewski and Roy Williams). He has led UVA to outright ACC regular-season and tournament championships in the same season two times (2014 and 2018). Bennett was named the U.S. Basketball Writers Association Henry Iba National Coach of the Year, earning the award for the third time to rank second all-time behind legendary John Wooden, who captured the award six times.

Bennett was honored as the ACC Coach of the Year by both the media and his peers in 2014 and 2015 as the Cavaliers became the first ACC school to win 16 conference games in consecutive years. In 2014-15, Bennett was honored as the USBWA National Coach of the Year. Bennett became the 15th coach in NCAA Division I history to reach the 200 career-win mark in fewer than nine seasons on Feb. 22, 2015, as the Cavaliers downed Florida State, 51-41.

Bennett’s second Virginia team in 2010-11 compiled a 16-15 record (7-9 in ACC regular-season games). It was UVA’s first winning season since 2007-08 as Virginia finished tied for seventh in the ACC regular-season standings after being picked to finish 11th in the preseason by the media. Bennett won his 100th game as a head coach during the 2010-11 season when the Cavaliers defeated Maryland 74-60 in College Park, Md. Bennett’s first Virginia team finished the 2009-10 season with an overall record of 15-16, an improvement of five wins over the previous season (10-18 in 2008-09). The 15 wins included three victories over nationally-ranked opponents.

Bennett was introduced as the head coach of the Virginia men’s basketball program on April 1, 2009. Bennett led Washington State to a 69-33 record, including a 32-22 mark in the Pac-10. Washington State’s 69 wins over those three seasons is the most over any three-year period in school history. He led the Cougars to the 2007 and 2008 NCAA Tournaments, the only time WSU has made consecutive NCAA Tournament appearances.

In his first season as a head coach in 2006-07, Bennett took a Washington State squad projected to finish last in the Pac-10 prior to the season and led it to 26 wins (26-8 record), matching the school record, and a second-place finish in the conference with a 13-5 mark. That year, the Cougars made their first NCAA Tournament appearance in 13 years, defeating Oral Roberts in the first round before suffering a double-overtime loss to Vanderbilt in the second round.

In 2007-08, Bennett’s Cougars were ranked in the AP preseason poll (10th) for the first time in school history and were ranked a school-record No. 4 during the season. The Cougars finished with a 26-9 record, once again tying the school record for wins, and had an 11-7 mark in the Pac-10. Washington State advanced to the NCAA Tournament’s Sweet 16 for the first time in school history, defeating Winthrop and Notre Dame in the first two rounds of the tournament. The Cougars fell to top-seeded North Carolina in the NCAA regional semifinal in Charlotte, N.C.

In 2008-09, Bennett led the Cougars to their third consecutive postseason appearance. Washington State posted a 17-16 record and participated in the National Invitation Tournament. The Cougars defeated NCAA Tournament teams Arizona, Arizona State (twice), Mississippi State, and UCLA during the season. The road victory at UCLA was just the second for the Cougars at Pauley Pavilion in 53 years.

Bennett’s teams have not only been successful on the court, but also in the classroom and community. UVA’s Anthony Gill (2016), Brogdon (2015) and Harris (2014) were named to the NABC Allstate Good Works Team. Jerome Meyinsse received the ACC’s Skip Prosser Award in 2010 as the conference’s top men’s basketball student-athlete, and Meyinsse and Will Sherrill were named to the 2010 ACC All-Academic Men’s Basketball Team. Sherrill was named to the ACC All-Academic Basketball Team for the second consecutive year in 2011 and Will Regan was also named to the team. Four Washington State players were named to the 2009 Pac-10 All-Academic First Team, while a school-record five players were honored as Pac-10 All-Academic selections the previous year. The conference’s Scholar Athlete of the Year for men’s basketball in 2008 and 2009 were members of the Washington State program.

Before taking over as the head coach at Washington State, Bennett was on the staff of his father, Dick, for three seasons in Pullman, the last two as associate head coach. The previous four years Bennett was at Wisconsin, serving on the staffs of his father, Brad Soderberg and Bo Ryan. While Bennett was at Wisconsin, the Badgers participated in the NCAA Tournament all four years, reaching the 2000 Final Four and the Sweet 16 in 2003. Wisconsin also earned a share of the Big Ten title in 2002 and 2003. Bennett was instrumental in the recruitment of Devin Harris, the fifth overall pick in the 2004 NBA Draft, to Wisconsin.

Bennett served as an assistant coach for the gold-medal winning USA, which included Virginia’s Mike Tobey, at the 2013 FIBA U19 World Championships in Prague, Czech Republic. In the summer of 2011, Bennett was a court coach for the USA Basketball Men’s World University Games National Team training camp at the U.S. Olympic Training Center in Colorado Springs, Colo.

Bennett played for his father at Green Bay from 1989-92. He graduated from Green Bay in 1992 and finished his career as the Mid-Continent Conference’s all-time leader in career points (2,285) and assists (601). His 49.7 career 3-point field goal percentage is still an NCAA record. Bennett helped the Phoenix to an 87-34 record during his collegiate career, including one NCAA Tournament and two NIT appearances. He was twice named MCC Player of the Year, was the 1992 Frances Pomeroy Naismith Award winner (best senior player under six-feet tall) and was the 1992 GTE Academic All-American of the Year. Bennett was the 35th overall selection in the 1992 NBA Draft by the Charlotte Hornets and played with the team for three seasons.

In August of 2011 Bennett was named one of the Summit League’s (formerly the Mid-Continent Conference) Top 30 Distinguished Contributors for the league’s first 30 years at the Division I level. In January of 2016, Bennett was part of the Summitt League’s inaugural Hall of Fame class.

Bennett and his wife, Laurel, have two children – a daughter, Anna, and a son, Eli.