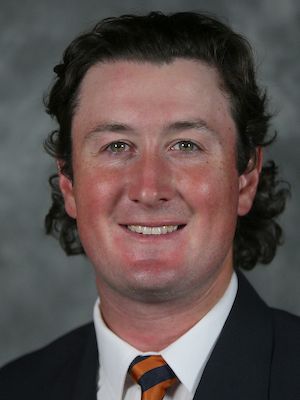 Amateur / High School /Personal
• Majoring in sociology at UVA
• Placed sixth at 2022 Delaware Amateur
• The 2017 Maryland State Golf Association’s Junior Amateur champion
• Tied for 12th at the 2017 Jones Cup Junior Invitational and was 37th in 2018
• Was 13th at the 2017 Western Junior Championship
• Finished third at the 2018 AJGA Championship presented by Stuart Francis and 38th at the KJ Choi Foundation Junior Championship
• Led the 2018 Maryland team in scoring at the Mid-Atlantic Junior Boys’ Invitational.
• Outstanding lacrosse player for McDonogh School who was ranked the No. 10 player in the nation for the class of 2019 by RecruitingRundown.com and No. 32 by Inside Lacrosse
• As an attackman, he helped McDonogh to a 13-5 record in 2018 and the semifinals of the MIAA state championships
• As a junior his team reached the state championship game
• Recipient of the 2022-2023 David G. Williamson, Jr. Memorial Scholarship