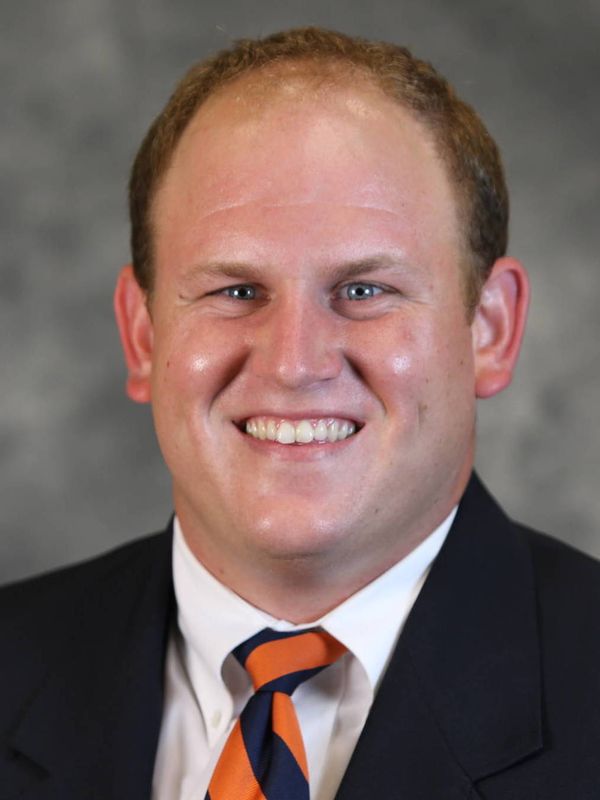 As Virginia’s offensive coordinator, Kirwan has molded UVA into one of the most prolific offenses in the nation during his tenure in Charlottesville. In addition helping the Cavaliers to back-to-back national championships in 2019 and 2021, Kirwan has mentored the likes of Connor Shellenberger, Matt Moore, Ryan Conrad, Michael Kraus and Zed Williams.

Kirwan guided Virginia to its sixth consecutive winning season in 2022 after UVA posted a 12-4 overall record and went 5-1 in ACC play en route to achieving the program’s 19th ACC Championship. Kirwan and the Cavaliers also went a perfect 8-0 at Klöckner Stadium in 2022. On May 14, Virginia won its ninth consecutive NCAA Tournament game, a program record, with its 17-10 victory at Kirwan’s former post, Brown University. The UVA offense also shined nationally, finishing fifth in assists (8.81/game) and man-up offense (.500) and sixth in shot percentage (.331). In just his second collegiate season, attackman Shellenberger was named a Tewaaraton Award finalist and a First Team All-American for the second consecutive season. Shellenberger posted 76 points, including 44 assists which stood at No. 5 on UVA’s single-season list at the conclusion of 2022. Including Shellenberger, offensive playmakers Payton Cormier, Jeff Conner and Moore represented four of UVA’s eight USILA All-Americans in 2022. Moore was drafted fourth overall by the Archers in the 2022 PLL Draft. Cormier became UVA’s fifth 50-goal scorer in a single season all-time and first since Ian Laviano in 2019.

In 2021, Kirwan helped guide fourth-seeded Virginia to its seventh NCAA title after a triumphant 17-16 victory over third-seeded Maryland at Rentschler Field (East Hartford, Conn.) on May 31. With no NCAA Tournament held in 2020 due to the coronavirus pandemic (COVID-19), UVA’s 2021 title marked the first time in men’s lacrosse program history it won back-to-back national championships, having also done so in 2019. Virginia also became just the seventh men’s lacrosse program in Division-I history to win back-to-back NCAA Championships and the first D-I men’s lacrosse program to win six straight games in the NCAA finals (1999, 2003, 2006, 2011, 2019 and 2021).

For the fourth consecutive season (excluding 2020 due to COVID-19), Kirwan conducted a Cavalier unit that was NCAA Division I statistical champions in ground balls (41.94/game). Kirwan’s offense also finished in the top-10 nationally in several other statistical categories, including: third in goals (14.61/game), fifth in points (23.00/game), sixth in shot percentage (.338), and tenth in assists (8.39/game). For his efforts, Kirwan was named the 2021 IMLCA Division I Outstanding Coach of the Year. Kirwan and the rest of Tiffany’s staff also produced nine USILA All-American selections in 2021, including first-team selections Jared Conners and Shellenberger. UVA’s nine All-Americans tied for the most by any team in the nation in 2021. Shellenberger was crowned the NCAA Tournament’s Most Outstanding Player after posting 14 goals and 10 assists in four tournament victories. Conners was tabbed the nation’s most outstanding midfielder. Conners and midfielder Dox Aitken were both selected in the first round of the 2021 PLL Draft.

UVA was 4-2 during the 2020 season before it canceled by the NCAA on March 12 due to the coronavirus pandemic (COVID-19). The shortened season saw Michael Kraus become just the fourth Cavalier to reach the 100-goal, 100-assist mark for a career.

The third season under Kirwan’s offense was a special one for the Cavaliers as UVA tied a program record with 17 wins, while also capturing NCAA and ACC titles in 2019. Virginia’s offense hummed all season, finishing No. 7 in the country in three key categories: goals (14.10/game), assists (8.60/game) and points (22.70/game). The Cavaliers also finished No. 4 in the nation in scoring margin (+3.85/game). Leading the way was Moore, who became the first player in program history to record at least 40 goals and 40 assists in the same season. Moore led the ACC and finished No. 8 in the nation with 89 points (46g, 43a). For the second year in a row, Aitken was named a USILA First Team All-American in 2019 after shattering his own single-season UVA record for points by a midfielder (52). Aitken also became the only midfielder in program history to reach 100 goals for a career. Laviano led the ACC and was No. 9 in the nation with 51 goals, which ranks No. 4 all-time at UVA on the single-season ledger.

In year two under Kirwan in 2018, UVA finished No. 5 in the nation in assists (7.72/game) and No. 7 in the nation in both scoring offense (12.61/game) and points (20.33/game). Aitken initially set UVA’s single-season record for points by a midfielder with 51 to earn USILA First Team All-America honors. Kraus, a third-team All-American, became the third Cavalier to tally at least 80 points in a season as he led UVA with 44 goals and 39 assists. Moore was named ACC Freshman of the Year after scoring 19 goals and dishing out 15 assists.

During Kirwan’s first season at UVA in 2017, his offense finished first in the ACC and third in the nation in three offensive categories: goals (14.40/game), assists (9.13/game) and points (23.53/game). Under Kirwan’s guidance, Aitken shattered UVA’s freshmen midfielder record of 29 goals and 40 points. Aitken broke the goals record in eight games. Kraus was named ACC Freshman of the Year and was the only rookie on the All-ACC team after leading UVA with 34 goals and 56 points.

Prior to UVA, Kirwan spent two seasons at Brown running the offense under Tiffany. Under Kirwan’s tutelage in 2016, the Brown offense was potent, leading the nation with 16.32 goals per game. Dylan Molloy was the recipient of the 2016 Tewaaraton Trophy and was named by the USILA its most outstanding player and attackman of the year. Kirwan helped change the landscape of college lacrosse in 2015 with a unique fast break offense that scored 237 goals, averaging 13.94 goals per game, good for fifth best in the nation.

Kirwan and his wife, the former Taylor Smith of Guilford, Connecticut, reside in the Charlottesville area. The couple have two sons, Cameron and Calvin.