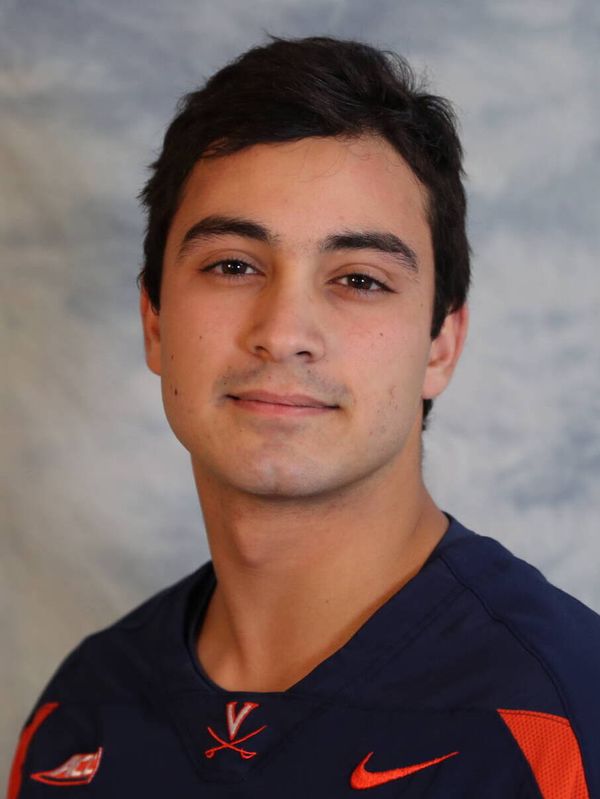 TIFFANY ON LAVIANO
2021 – “Spirited as they come … his extreme passion for playing this game infects the rest of us … wakes up everyday craving more lacrosse … no one, and I mean no one, is as maniacal about riding.” 2020 – “To use the word passionate to describe Ian’s affinity for the game of lacrosse and his teammates only begins to scratch the surface.  The man never hits the off switch on the lacrosse field, where he moves faster without the ball than anyone else whether he is cutting to an opening in the defense or hunting the ball during our riding phase.  There is something else there too with Ian – his effort lifts the energy of our practices as he shares his joy for playing.” 2019 – “A dynamic weapon, this man proved in his first-year as a Cavalier to always be dogged in riding situations and hunting ground balls and goals with a love for the game and for his fellow teammates that is rare.” 2018 – “Does anyone come to practice with more energy and excitement?  Or is anyone else firing the ball faster at teammates and expecting the same in return?  Ian has made a splash with our program in his first year on Grounds, playing with a startling amount of pizzazz.  Ian combines an astute lacrosse knowledge with exceptional hand and foot quickness.  His teammates are recognizing Ian’s abilities and they are enjoying being on his same line.”

2020
• Appeared in all six of UVA’s games with five starts
• Scored 11 goals and dished out three assists
• Scored three goals, dished one assist against Princeton
• Key member of UVA’s ride, which ranked No. 2 in the nation forcing opponents to only clear at a .737 clip

2019
• Appeared in all 20 of UVA’s games with 19 starts
• Led UVA and the ACC with 51 goals
• No. 9 in the nation with 51 goals
• Scored nine goals and one assist in the NCAA Tournament
• Scored four goals, including the game-tying and the double overtime game-winning goal against Duke in the NCAA semifinal game
• Scored the game-winning goal in overtime at Princeton
• Scored at least one point in all 20 games
• Notched 10 games with at least three goals
• Recorded 14 multi-goal games
• Scored the game-winning goal against North Carolina in the ACC semifinal round with 1:30 left in the contest
• Had a season-high five goals against Notre Dame in the ACC regular season meeting
• Picked up 44 ground balls and caused six turnovers

2018
• Appeared in all 18 of UVA’s games with 16 starts
• No. 3 on the team with 37 goals and 46 points
• His 37 goals rank No. 2 all-time among freshman UVA goal scorers
• His 46 points puts him in a tie with Matt Ward for all-time UVA freshman point scorers
• Named ACC Offensive Player of the Week after scoring five goals and dishing one assist in collegiate debut against Loyola
• Also named Baltimore Sun’s Lacrosse National Player of the Week for his game at Loyola
• Scored five goals against Princeton
• Scored points in 16 of UVA’s 18 games
• Posted 11 multi-goal games
• Recorded six games of three or more goals

HIGH SHOOL
• Listed as the No. 53 recruit in the country by Inside Lacrosse
• Listed as the No. 15 attackman in the country by Inside Lacrosse
• Scored a school record 314 career points (179-135-314)
• Was a five-year varsity player that won 88 percent of his high school games (83-11)
• Five-year starter, four-time all-county
• All-American nominee in 2014
• Honorable mention All-American in 2015
• Scored 37 points as an 8th grader
• Scored 45 points as a freshman
• Scored 52 points as a sophomore
• Scored 82 points as a junior
• Scored 107 points as a senior
• NYS Championship Offensive MVP
• 2016 honorable mention All American
• 2017 Captain
• Nassau County Offensive MVP 2017
• Led Nassau County in goals and points
• All-American
• First-team All-Metro NY/NJ/CT
• First-team Newsday All-Long Island
• Nassau County Attackman of the Year
• 2017 Long Island Player of the Year
• Played ice hockey for two seasons
• 2017 sportsmanship award and 2017 coaches award (ice hockey)