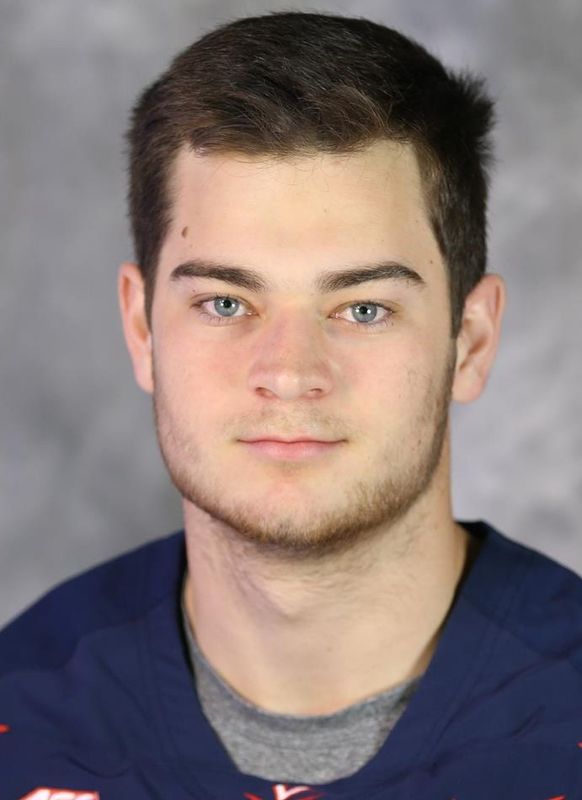 TIFFANY ON SCHWENK
2020 – “To persevere through the trials of faceoff trench warfare requires both physical and emotional strength. Justin has established himself as a trusted competitor for us, a man we have grown to know will rise to the occasion on gameday as evidenced by his 2018 UVA faceoff win single-season record-setting year. His daily battles with our other specialists have improved his, along with everyone else’s, prowess at the X.” 2019 – Redefining the word grinder, what this man did last year at the faceoff X was remarkable as he disregarded pain and continued to step on the field and battle at the X.” 2018 – “Joining us this year after transferring in from Monmouth, Justin is filling a critical role for our program.  As a faceoff specialist, Justin embraces the grind.  He enjoys the one-on-one battles at the X despite the physical punishment it brings.  Actually, Justin’s physicality is one of his strongest attributes as he combines good hand speed with noteworthy power.  The team has embraced Justin swiftly and we are fortunate to have him with us.”

2018
• Appeared in 17 of UVA’s 18 games
• Was given the night off against VMI
• Set a UVA single-season record with 242 faceoff wins, smashing the previous record of 204 by Jack deVilliers (2003)
• Became the only Cavalier in a season and career to win 20+ faceoffs in multiple games after winning 25 against Princeton and 20 at Stony Brook
• Finished No. 1 in the ACC with a 59.8 faceoff winning percentage and 5.70 ground balls per game

PREVIOUS SCHOOL
• Spent the 2017 season at Monmouth
• MAAC Rookie of the Year
• Second-team All-MAAC
• MAAC All-Rookie Team
• Three-time MAAC Rookie of the Week
• Played in 18 games as a freshman
• Scored three goals and added one assist for four points
• Set Monmouth single-season records for faceoff winning percentage (.519), ground balls (77) and faceoff wins (164)
• Holds Monmouth single game records for faceoffs won (16) and ground balls (8)
• Made his collegiate debut in the 12-10 win at Villanova
• Tied the Monmouth record with eight ground balls at Hofstra
• Went 16-for-26 on faceoffs in the win over Siena
• Scored the fastest goal in Monmouth history when he scored against VMI at the 14:44 mark of the first quarter