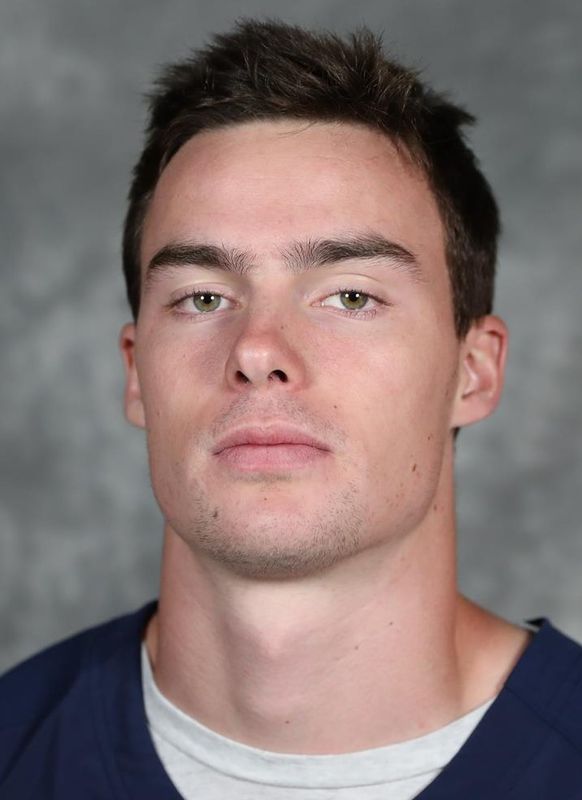 TIFFANY ON BIENKOWSKI
2023 – “Pure happiness to have Mike on the field full-time, healthy and playing the game he loves.  We have moved Mike to the other end of the field, focusing him as a short-stick defensive midfielder.  He is providing us with a fast, aggressive athlete that loves to push transition:  due to his extensive focus on offense most of his life, Mike is a legitimate threat here.  Mike’s two-handed checks don’t go unnoticed:  he delivers an impact that the dodger feels immediately, and possibly the next day.” 2022 – “Liberation from the injured reserve list, which he has been on for most of his time in Charlottesville, is very near. An impactful offensive midfielder with an exciting burst down the alley … Brings heat with his shot, both on the run and with his feet set … Loves this game.” 2021 – “Attitude: any day without lacrosse is a wasted day … always has a stick in his hand … lives to compete … dangerous goal-scoring midfielder … looking to expand his role this spring.” 2020 – “The burst of speed is clearly evident, allowing Mike to create separation as he dodges to the cage.  But what is distancing him from many of the rest is his playmaking ability, both with his ability to score on the run and the poise to understand opposing defensive slides in the moment.  Playing meaningful minutes in his first spring in Charlottesville is anticipated.”