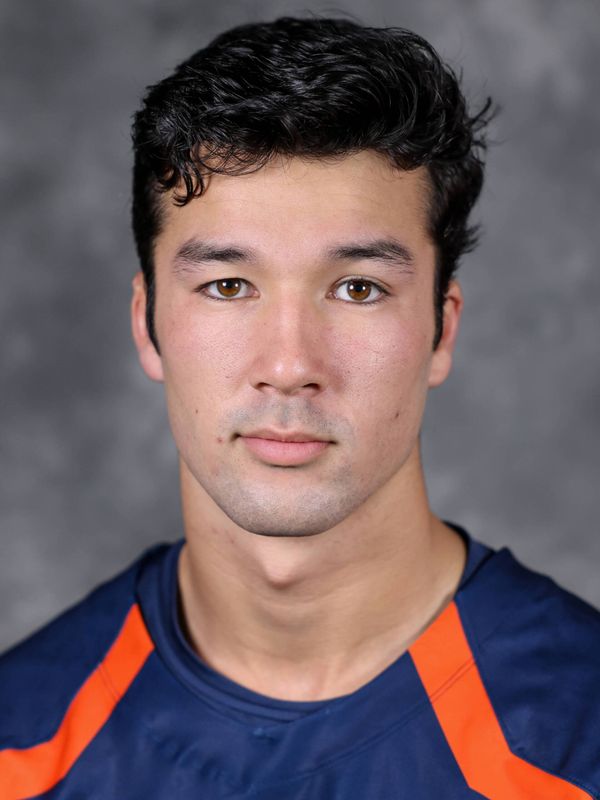 TIFFANY ON MATSUI
2023 – “Quentin, better known by his stage name ‘Q,’ is our human torpedo.  His timing of when to slide is impeccable.  Q patrols the crease area effectively, covering his man while keeping an eye on the perimeter.  And when Q slides, he arrives with ill intentions.  Missing much of the Fall due to an injury suffered in the gold-medal winning game over Canada in the U-21 Championships would hamper many athletes’ development.  But with Q, the rest of us have such a trust in him and his defensive play that we know he will be back soon with very little rust to knock off.” 2022  – “Wonderful to observe the progression of his defensive on-ball positioning and with this use of his stick… Employing both the Fist-hold and V-hold effectively and appropriately… Patient teacher of the defense to the
younger men, making him an ideal role model… As a starter for much of his first two seasons here, Quentin has grown into a steady and dependable defender for us.” 2021 – “Molding and evolving into a dominant close defenseman … five months last year combined with this past fall semester have seen him emerge … combination of his own unique cover techniques and new tricks.” 2020 – “How quickly would the first-year defender from Minnesota adapt to the speed of collegiate attackmen and the necessary communication for accurate decision-making? Quentin showed us that given a month, he would prove himself to be up for the one-on-one challenges.  He has also become more vocal, demonstrating a growing comfort with the defensive schemes and terminology, which is preparing him to be a contributor right away.”