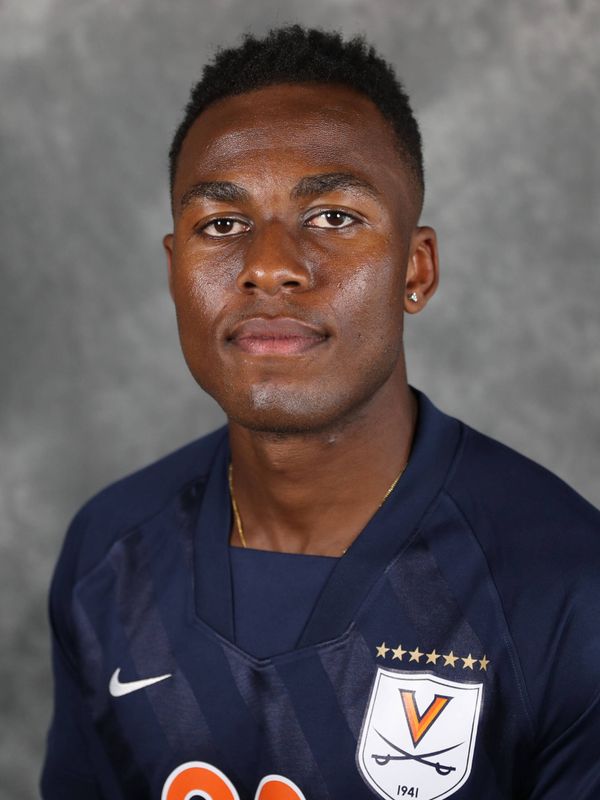 2020
• Appeared in eight games and made two starts
• Came off the bench to score two goals in the ACC Quarterfinal match against Wake Forest, the multi-goal performance was the only one by a Cavalier in 2020. He became the 12th Cavalier to score multiple goals in an ACC Tournament match.
• Started and played a season-high, 50 minutes in his season debut at Virginia Tech on Oct. 14
• A member of the ACC Academic Honor Roll
• Recipient of the department’s Wahoowa Award, annually given to an individual who best displays selflessness, commitment, school pride and leadership all while contributing to the betterment of thee team
• Also a recipient of UVA’s Ernest H. Ern Award for outstanding contributions to student life
• Served as the president of UVA’s Student-Athlete Advisory Committee

2019
• Named to the ACC All-Tournament Team
• Was limited due to injury but appeared in 16 games and made two starts
• Totaled two goals and recorded a pair of assists in 342 minutes of game action
• In his second start of the season, was credited with the game-winning goal in the ACC Championship game against No. 1 Clemson on Nov. 17
• Scored the golden goal to break a 0-0 tie in the first overtime against Western Michigan (Sept. 23)

2018
• Appeared in 16 games, making 14 starts
• One of four Cavaliers named to the ACC All-Freshman Team
• Listed on the ACC Academic Honor Roll
• Tied for the team lead with five goals and added one assist
• His first collegiate goal was an unassisted game-winner against Marshall (Sept. 11) in the 44th minute
• Scored four goals in five games (vs. Marshall; vs. FIU; at Pitt; vs. Wright St.)
• Became the first UVA freshman since Riggs Lennon to score in back-to-back games after goals in home matches against Marshall and FIU. He later repeated the feat against Pitt and Wright State.
• Tallied his fifth goal of the season in a 4-1 win at Clemson (Oct. 12)