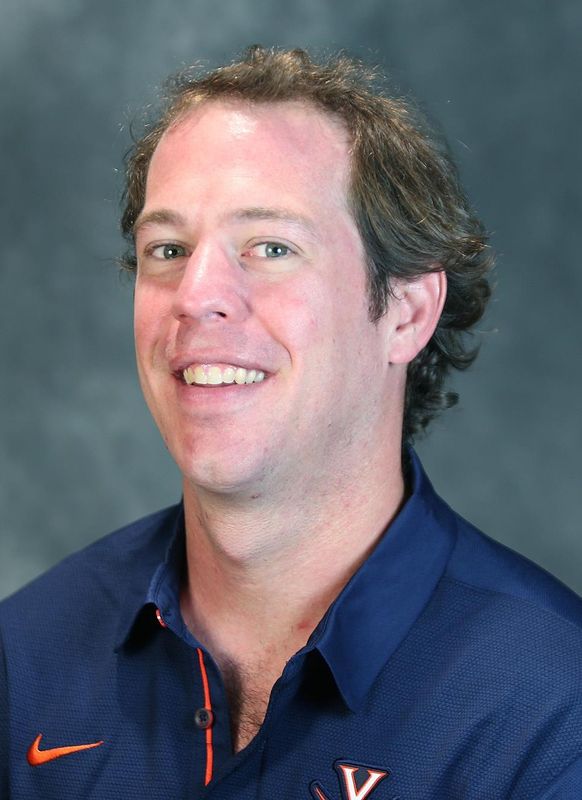 Grant White has served as the assistant coach for the Virginia men’s and women’s squash teams since the program was named a varsity sport by the Virginia Department of Athletics in 2017. Prior to the program becoming a varsity sport, White worked with the UVA club squash program, serving a a member of the coaching staff since 2011.

The Virginia men highlighted their season with a thrilling win over Drexel in the Mid-Atlantic Squash Conference Championship. The Cavaliers overcame a 4-2 deficit which came down to a five-game victory for Taha Dinana who downed Fritof Jacobsson to clinch Virginia’s third consecutive Mid-Atlantic Squash Conference Championship. The women finished as runners-up in the competition as the fell to Drexel by a score of 4-5.

In 2022 Aly Hussein was named the Mid-Atlantic Squash Conference Player of the Year. The Cavaliers landed three CSA All-American selections between the men and women as Meagan Best (first team), Omar El Torkey (second team) and Aly Hussein (second team) achieved the honors. Between men and women the Cavaliers had 11 All-MASC selections in 2022 including five men and six women.

White helped the men’s and women’s teams to their best end-of-year finish during the 2019-20 season with the mens’ team finishing the year ranked fifth and the women’s team finishing the year ranked ninth.  The men’s team won the consolation final in the Potter Cup at the CSA Individual Championships and finished the season with a 19-5 overall record. The women’s team won the Kurtz Cup for the first time in program history and ended the season 17-6 record. Ali Hussein, Omar El Torkey and Emma Jinks were earned the program’s All-Americans.

White aided the Cavaliers in their opening season as a varsity sport. The women’s team finished the season ranked 13th in the nation with a 14-9 record, in addition to winning the consolation finals of the Kurtz Cup. The men’s team finished the year ranked 14th, posting a 15-8 record. The Cavalier men fell in the consolation finals of the Hoehn Cup to finish sixth in the B Division. Both programs recorded their best rankings in history during the season.

White worked with the UVA club squash teams from 2011. He was the program’s assistant coach since 2013 after serving as the head coach of both programs from 2011-13.

As an assistant coach, White helped coach the programs to top 20 finishes at the conclusion of the 2017 season (men- 19th; women- 13th). Additionally, both teams have held the title of No. 1 club team nationally since 2015.

In addition to his on-court teaching roles, White managed media and public relations as well as administrative duties related to the club teams.

While working with the UVA club squash programs, White has coached squash at the Saint Anne’s-Belfield School and has served as an assistant teaching pro at Boar’s Head Sports Club

He is currently working toward his Level 2 Squash Coaching Certificate.

White is the former director of squash and head teaching pro at Atlantic Coast Athletic Club. He managed the facility and helped facilitate lessons from 2011-17.

White played varsity squash and lacrosse at Bowdoin College. He helped both teams to consistent top-20 finishes. He was a co-captain of the squash team in 2003-04.

As a junior player, White was Virginia State Champion in 2000. He led his high school team (Woodberry Forest) to back-to-back Mid Atlantic Championships in 1998 and 1999.

White holds a BA in English and art history from Bowdoin College and an MFA in creative writing from Virginia Commonwealth University. He lives in Charlottesville with his wife, Mara, and their son, Virgil, and daughter, Augusta.