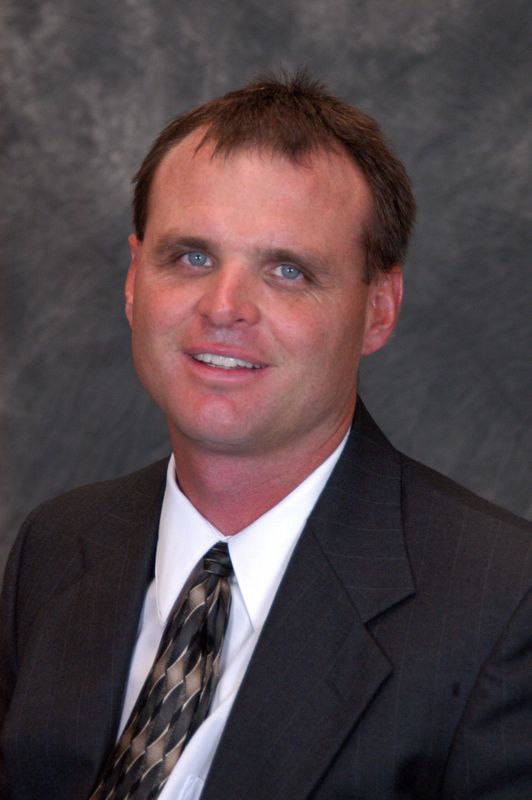 For two decades, the name Brian Boland, a two-time ITA National Coach of the Year, has been synonymous with success. Beginning with five seasons at Indiana State and over the past 15 years at Virginia, Boland has proven to be one of the elite coaches in collegiate tennis. Boland led his alma mater to new heights before he came to Charlottesville and turned the Cavalier program into the dominant team in the ACC and a national powerhouse.

Boland’s resume is loaded with honors and accomplishments. His .866 career winning percentage (580-90) places him with the legends of the sport. In addition to his 2016 and 2008 ITA National Coach of the Year recognitions, Boland has won 10 conference coach of the year awards and been named ITA Regional Coach of the Year six times. in 17  seasons at Virginia, Boland built a championship caliber program in Charlottesville. In his first three seasons, he took an unranked program to its first ACC Championship. From that point, the success and accolades just kept accumulating. During his time in Charlottesville, Boland’s teams have had a No. 1 national ranking during ten different seasons, won six ITA National Team Indoor Championships, 12 ACC Championships, 13 ACC regular season titles, advanced to the NCAA finals five-straight seasons and set the school record for wins in a year. Those teams featured four NCAA Singles Champions, three NCAA Doubles Champions, 45 All-Americans, 41 NCAA singles and 17 NCAA doubles participants, 54 All-ACC selections, three ITA National Players of the Year, two ITA National Freshmen of the Year, nine ITA Regional Rookies of the Year, four ACC Freshmen of the Year, 12 ACC Tournament MVPs, and three ACC Players of the Year.

Boland’s players have gone on to find success on the professional tour after graduation from Virginia. Three former players have cracked the top-75 of singles or doubles in the ATP Rankings and a Cavalier has participated in the main draw in each of the past 28 Grand Slams. In 2013, Somdev Devvarman became the first UVA alumnus to reach $1 million in earnings on the ATP Tour. Treat Huey and Dominic Inglot have both cracked the top 20 of the ATP Doubles Rankings, the highest ATP ranking for a Virginia alumnus. Inglot and Huey have won a combined eight ATP Tour titles and made six Grand Slam quarterfinal appearances with Inglot reaching the 2015 semifinals at the U.S. Open and Huey advancing to the semis at the 2016 Australian Open. Inglot was also a member of Great Britain’s 2015 Davis Cup Champion team.

During his tenure, Boland proved to be a tireless worker in both recruiting and player development. His belief in team success on the court and in the classroom has been evident from the day he arrived at UVA. Those principles have been the cornerstone to the program’s improvement since Boland’s arrival.

The Cavaliers began the 2015-16 season as the No. 1 team in the country and entered the NCAA Tournament as the No. 1 overall seed en route to becoming just the fourth school in the modern era to win consecutive NCAA titles. It was also a season in which the team saw its incredible 140-match decade-long win streak against ACC opponents snapped in the finals of the ITA National Team Indoor Championship with a loss to North Carolina. The squad also earned its 13th-consecutive ACC regular-season title, but were edged by Wake Forest finals of the ACC Tournament. Months before Virginia sent three singles players and two doubles teams to the NCAA Individual Championships, Cavaliers were winning national individual championships. In September, Ryan Shane and Luca Corinteli started the year off by winning the doubles title at the Oracle ITA Masters, an elite tournament that was the first national championship of the 2015-16 season. In October, Thai-Son Kwiatkowski became the first player since 2009 and fourth in the history of the ITA Men’s All-American to win the singles and doubles championships in the same year, partnering with Mac Styslinger in the doubles tournament. The season was capped off by the ITA announcing that Boland had been named the National Coach of the Year for the second time.

During the 2015 season, the Cavaliers continued their run of success with their eighth consecutive ACC Championship, their 11th in the past 12 years. The season was capped by the winning the NCAA Championship and Ryan Shane becoming Virginia’s third NCAA Singles Champion. Thai-Son Kwiatkowski reached the semifinals as the Cavaliers had a pair of NCAA semifinalists for first time in school history.

In 2014, the Cavaliers broke the ACC consecutive wins record for any sport and reached the NCAA semifinals for the seventh time in eight  seasons.

The 2013 season marked one of the greatest years by any program in collegiate tennis history. In addition to posting an undefeated 30-0 record, Virginia became just the 12th school to win both the NCAA Championship and ITA National Team Indoor Championship in the same year. The Cavaliers had their fifth NCAA individual champion as Jarmere Jenkins and Mac Styslinger won the NCAA Doubles Championship. Jenkins, who also reached the NCAA Singles Championship final and finished the year No. 1 in the ITA Singles Rankings, became the third Cavalier to be named ITA National Player of the Year.

In 2011-12, the Cavaliers reached their second consecutive NCAA Tournament final, won their eighth ACC championship in nine seasons and set a NCAA record by having a NCAA singles quarterfinalist for the seventh consecutive season.

In the 2010-11 season, the Cavaliers went 34-1 and reached the NCAA final, where their comeback from down 3-0 came up short in a 4-3 loss to USC.Virginia won its unprecedented fourth consecutive ITA National Team Indoor Championship and its seventh ACC championship in eight seasons. The team was ranked No. 1 for most of the season and were the first school in nearly two decades to have five players selected for the NCAA singles championship. Boland was named the 2011 USTA Virginia Coach of the Year.

In 2009-10, the Cavaliers won their third consecutive ITA National Team Indoor Championship, had their fourth consecutive undefeated ACC campaign and were ranked No. 1 in the nation for most of the season. The year was capped when Drew Courtney and Michael Shabaz won the NCAA Doubles Championship. Virginia set a school record for wins in a season with a 39-2 mark and reached the NCAA semifinals for the third time in the past four seasons. During the year, Boland became the winningest coach in Virginia tennis history.

In 2008-09, the Cavaliers won their second consecutive ITA National Team Indoor Championship, had their third consecutive undefeated ACC campaign and were ranked No. 1 in the nation for most of the season. The year was capped when Dominic Inglot and Michael Shabaz became the first team from the ACC to win the NCAA Doubles Championship. Virginia tied a school record for wins in a season with its second straight 32-1 mark and reached the NCAA quarterfinals for the fifth consecutive season.

In 2007-08, Virginia was ranked No. 1 for the entire regular season, winning the ITA National Team Indoor Championship and the ACC regular season and tournament titles before being upset in the NCAA semifinals by eventual champion Georgia. The Cavaliers set a school record with a 32-1 record and Boland was named ITA National and Regional Coach of the Year along with taking home ACC Coach of the Year honors. The Cavaliers ended the season ranked No. 2 nationally for the second consecutive year. Somdev Devvarman concluded the season for the Cavaliers by winning his second consecutive NCAA Singles Championship. Devvarman, Treat Huey, and Dominic Inglot all were named to the ITA All-America squad.

The Cavaliers went 30-4 in 2006-07, reaching the 30-win mark for the first time in school history. Virginia became the first ACC school to reach the semifinals of the NCAA Tournament and ended the year ranked No. 2 nationally. The Cavaliers went undefeated in ACC play to win their fourth consecutive ACC regular season title and their third ACC Tournament crown in four seasons. The year was capped as Devvarman became the first ACC player to the win the NCAA Singles Championship.

In 2005-06, the Cavaliers opened the season with a No. 1 national ranking, becoming the first-ever ACC school to earn the top spot in the ITA rankings. The team posted a 24-9 record, winning a share of its third consecutive ACC regular season title. Virginia reached the quarterfinals of the NCAA Tournament for the second consecutive season and finished the year ranked in the top 10 for the third straight year. At the NCAA singles championship, Devvarman reached the finals, becoming just the second Cavalier to accomplish the feat. Devvarman was one of three Cavaliers to earn All-American honors that season, the most for the Cavaliers in a single season.

The 2004-05 season was highlighted by the Cavaliers’ second consecutive ACC Championship, going undefeated in league play. In February, the Cavaliers reached the finals of National Team Indoors, becoming the first school in the tournament’s history to reach the finals in its first appearance. Virginia put together a then-school record 16-match win streak as they reached the NCAA quarterfinals for the first time. Boland was honored as ACC Coach of the Year and ITA Mideast Region Coach of the Year that season.

In 2003-04, the Cavaliers experienced a breakthrough season, highlighted by many program firsts. The team claimed a share of its first ACC regular season title, won its first ACC Tournament, earned its first top-10 ranking, hosted its first NCAA regional and advanced to the NCAA Championships for the first time.

Before coming to Virginia, Boland spent five seasons establishing his alma mater, Indiana State, as the dominant program in the Missouri Valley Conference along with being among the best nationally. He led the Sycamores to a 121-32 (.791) record from 1996-97 to 2000-01, including a 57-4 (.934) mark in Missouri Valley play. Boland’s teams did not lose a conference match during his final three seasons in Terre Haute, winning three consecutive conference regular season and tournament titles. In four of his five seasons, Boland was recognized as the Missouri Valley Conference Coach of the Year and in 2000 was the ITA Region V Coach of the Year. Among the firsts for the Sycamore program under Boland was the school’s first MVC Championship (1999), first NCAA Tournament appearance (1999), first NCAA Tournament victory (2000), first ITA National Team Indoor Championship appearance (2000) and first ITA top 20 national ranking (No. 18 in 2001). During his tenure at Indiana State, Boland also served as Director of Tennis at the Terre Haute Country Club. In addition, he and his wife Becky established the Sycamore Tennis Summer Camp, which drew hundreds of kids from across the state.

A 1995 graduate of Indiana State University, Boland earned a bachelor of science degree in political science. He and his wife, Becky, reside