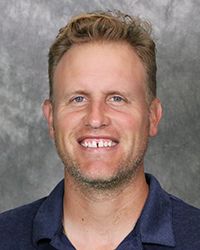 Brown works closely with the players in the program and has mentored student-athletes to two ACC Player of the Year honors,  one ACC Freshman of the Year and 13t All-Conference honors with Chris Rodesch,  Iñaki Montes and Carl Söderlund all being named All-Americans.

After leaving Virginia following the 2015 season, Brown served as the senior high-performance coach at the Junior Tennis Champions Center in College Park, Md., where he has been responsible for coaching and mentoring up-and-coming male tennis players at the national and international junior level. He also served as UVA then-senior Ryan Shane’s personal coach at the 2015 U.S. Open.