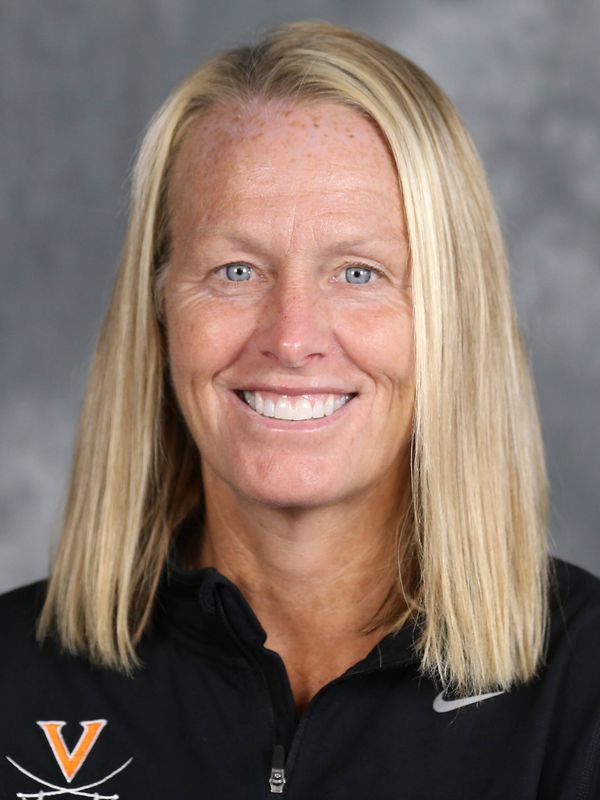 Colleen Shearer returned to Virginia as an assistant coach for the women’s lacrosse team in July of 2021.

In Shearer’s first stint with the Cavaliers, she spent 19 seasons as an assistant coach and associate head coach before leaving in 2017 to become the head coach at Bridgewater College. Shearer was honored at the IWLCA National Assistant Coach of the Year in 2010 in the second year of the honor’s existence. During her time in Charlottesville, she played an integral role in the program’s run to the 2004 NCAA Championship while also reaching the title game in 1998, 1999, 2003, 2005 and 2007. Shearer won five ACC titles while coaching 63 All-Americans, four Academic All-Americans and six Tewaaraton finalists (including one winner, Amy Appelt in 2004) and five National Player of the Year selections from the IWLCA or Inside Lacrosse.

After leaving Bridgewater, Shearer served as a volunteer assistant coach for James Madison’s 2018 NCAA Championship squad, helping to lead the Dukes to a program-best 22-1 record that season. She has been a volunteer coach for Richmond for the past two seasons.

Since 2017, Shearer has also served as the Assistant General Manager for the US Women’s National Team.

She began her coaching career with an impressive stint as the head coach at Wagner University in Staten Island, NY. The inaugural coach of the Seahawks program, Shearer started the Division I program from scratch.

Shearer has served on the IWLCA Recruiting Committee and All-American Committee, is a NASM Certified Personal Trainer and holds a certification in AFFA Group Exercise.

As a player, she was a member of the US National Developmental Team and was a three-time All-American at Rowan. She led the Profs to the 1995 NCAA Championships, their first appearance in the tournament. Shearer led the nation in assists in both 1994 and 1995