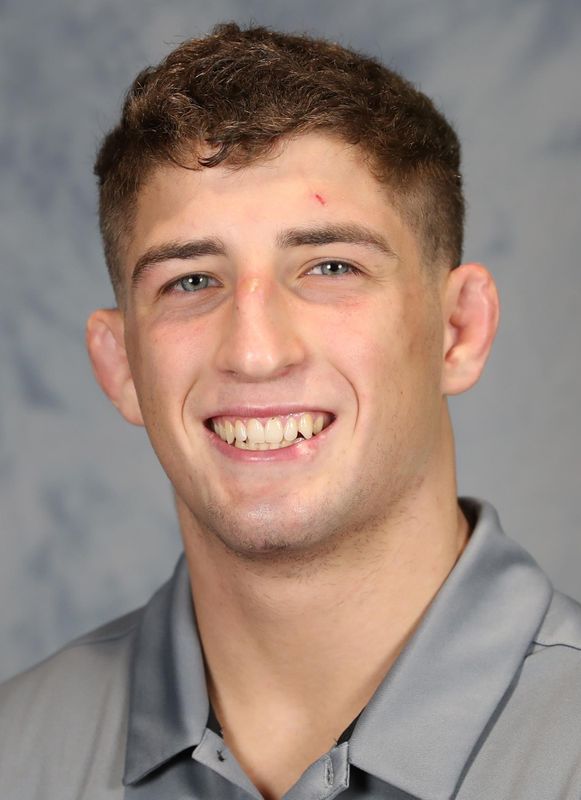 2021-22
• NCAA qualifier at 157 pounds for his second straight NCAA appearance
• Third-place finish at the ACC Championship to earn his NCAA bid
• Posted a 17-7 record with a 3-2 mark in dual action – all of them in ACC duals
• Took a third-place finish at the MatMen Open (12/29) with a 5-1 record
• Defeated No. 10 Ed Scott in dual action against No. 4 NC State (2/4)
• Defeated No. 28 Connor Brady in dual action against No. 7 Virginia Tech (2/18)
• Went 2-2 at the NCAA Championships with wins over Kendall Coleman (Purdue) and Elijah Clearuy (Pitt)
• Posted one bonus-point victory with a tech fall of Robert Pryhocki (Kent State) at the Virginia Duals

2020-21
• NCAA qualifier at 165 pounds
• Runner-up at the ACC Championships at 165 pounds
• All-ACC honoree by virtue of his runner-up finish
• Posted a 10-5 record on the season with a 4-2 mark in dual matches
• Went 4-0 at the Appalachian State Individual Quad (1/2) to open the season
• Posted six straight wins to open the season
• Named ACC Wrestler of the Week following decision over No. 10 Thomas Bullard of NC State (1/15)
• Named ACC Wrestler of the Week a second time after decision over No. 11 Kennedy Monday of UNC (2/13)
• Went 0-2 at the NCAA Championships in his first appearance at the tournament
• Posted five bonus-point wins including a pin, three tech falls and a major decision
• Named to the ACC Wrestling All-Academic Team

2019-20
• Competed in two open tournaments at 165 pounds as part of his redshirt season
• Placed in both tournaments, posting a 5-3 record on the season
• Finished sixth at the Midlands Championship (12/29-30) in an unattached capacity
• Defeated No. 11 Cael McCormick of Army in the second round at Midlands
• Finished fourth at the Shorty Hitchcock Memorial Open (1/11) with a 3-2 record

PERSONAL
• Son of John and Ann Keating
• Has three brothers: Nick, Leo and Owen
• Major: Economics and Cognitive Science with a minor in Entrepreneurship
• Recipient of the 2022-23 Dr. Colin G. Steele Bicentennial Scholarship