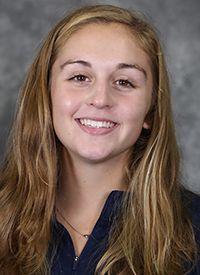 Personal
• Daughter of Shawn and Leanne Till
• Father, Shawn, played basketball at McMasters University for 3 years and volleyball for 1 year
• Mother, Leanne, rowed at the University of Western Ontario
• Has two younger brothers, Ethan and Matthew
• Volunteered with Just Tryan It and Girls on the Run
• Undeclared major