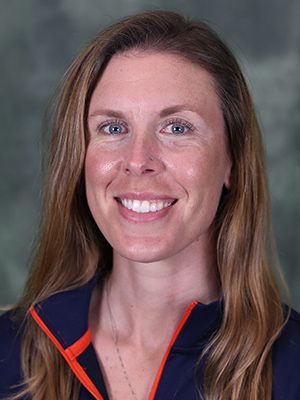 Chaudoin, who starred at Virginia from 2005-08, arrived in Charlottesville after serving the past five seasons as associate head coach for the Stanford women’s rowing program.

Chaudoin helped the Cardinal to four top-6 NCAA finishes since she joined the staff for the 2016 season. She was heavily involved with recruiting and coached the Varsity Four. In 2019, the varsity four was second at the NCAA Championships, matching the program’s best finish in that event. Overall, Stanford finished fourth in 2018 and 2019, and sixth in 2016 and 2017, respectively. Chaudoin also guided the United States to a bronze medal at the World U-23 Championships.

Chaudoin graduated from Virginia in 2008 as the first student-athlete to receive a four-year degree in architecture. A walk-on to the Virginia rowing team, Chaudoin earned Collegiate Rowing Coaches Association All-America first-team and ACC Rowing Scholar-Athlete of the Year honors in 2008. Chaudoin captained the Cavaliers her senior year and received the program’s Oarswoman of the Year award. She helped the Cavaliers to consecutive ACC championships from 2005-08 and to a runner-up finish at the NCAA Championships in 2007.

Chaudoin trained at the USRowing Training Center in Princeton, New Jersey, from 2008-11. She won gold at the 2008 World U-23 Championships in the Women’s Eight and was an elite national champion in the four in 2009.