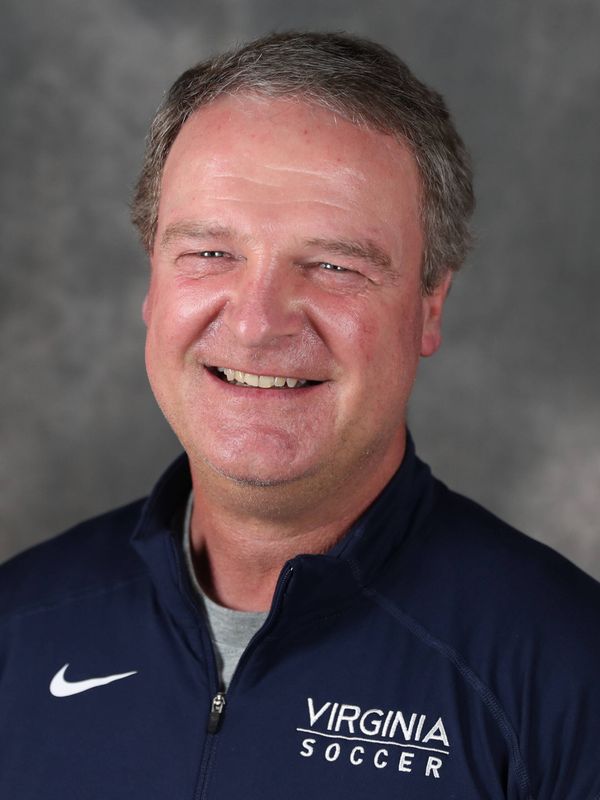 Ron Raab is in the 17th year of his second tenure on the Virginia coaching staff. Raab also served as an assistant coach at UVA from 1997-2000 and was the program’s volunteer assistant from 2004-2005. In June 2014, he was elevated to associate head coach.

In the 16 seasons since Raab returned as a full-time assistant with the Cavaliers in 2006, the team has posted a 259-67-42 record, won the 2012 ACC Championship, the 2013 ACC regular season title on the way to the 2013 NCAA College Cup, advanced to the finals of the NCAA College Cup in 2014 and then followed it up with another ACC regular season title in 2015. Virginia also set the school record for goals scored in three consecutive seasons including a nation-leading 88 in 2014. Most recently, the Cavaliers advanced to the College Cup for the third time in his tenure in the 2020-21 season and claimed a third ACC regular-season title in the fall of 2021.

Raab began his coaching career at William & Mary, his alma mater, in 1989. In 1990, he was named an assistant coach at Princeton where he assisted on April Heinrichs’ staff. A year later, he followed Heinrichs to Maryland when she took over the program there. In 1992, Raab left coaching to go into the banking business, but returned to coaching in 1997 at Virginia to serve on Heinrichs’ staff again. He served on her staff for three seasons at UVA and on Steve Swanson’s staff in his first season in Charlottesville. In each of his first four seasons at Virginia, the Cavaliers reached the second round of the NCAA Tournament.

After leaving Virginia, Raab was the head coach at Evansville for three seasons.

A 1989 graduate of William & Mary with a double major of history and economics, Raab was a three-year letterwinner on the Tribe soccer team. In 1987, he set William & Mary’s school record for goals in a game with four against Christopher Newport. He also played one season for the Washington Mustangs of the USISL in 1993. He holds an “A” coaching license from the U.S. Soccer Federation and has served as a coach of the Region I ODP staff.

Raab and his wife Janice have two daughters, Natalie and Leah.