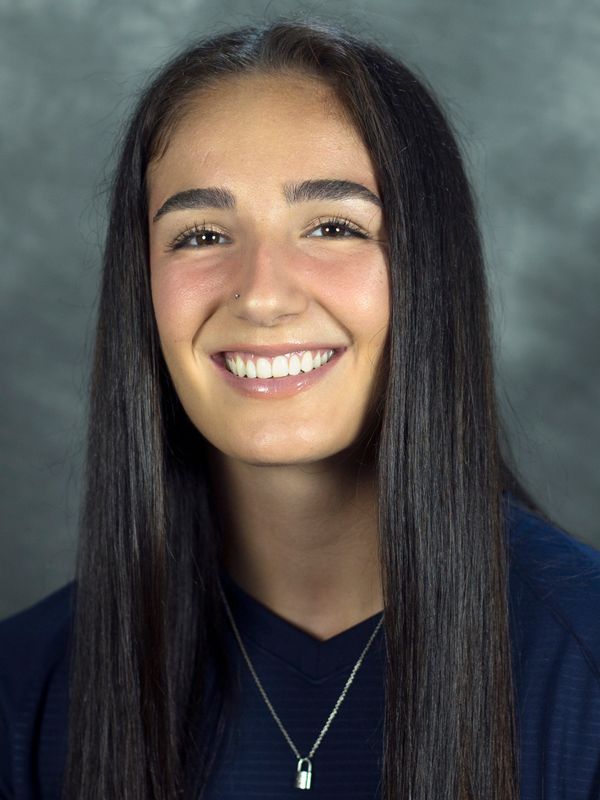 2021 SEASON
• MAC Hermann Trophy Semifinalist
• First Team All-American by United Soccer Coaches
• Named ACC Offensive Player of the Year
• First team All-Region by United Soccer Coaches
• First-Team All-ACC selection
• Named to ACC Championships All-Tournament Team
• Ranked first nationally in game-winning goals (8), second in goals (18) and eighth in points (39)
• ACC leader in goals (18), goals per game (0.78), points (39) and points per game (1.70)
• Team leader with 39 points off 18 goals and three assists
• Her 18 goals led the team and tied for fourth most in a season at UVA
• Her 39 points tied for sixth-most in a single season at UVA
• Tallied eight game-winning goals – the most in a single season at UVA
• Hit game winners vs. No. 12 West Virginia, JMU, Wake Forest, No. 2 Duke, Boston College, Louisville, No. 24 Clemson and Milwaukee
• Assisted on game-winning goal at NC State
• Had five multiple-goal games on the season – tied for second most in a season at UVA
• ACC Co-Offensive Player of the Week after game winner vs. No. 2 Duke and game-winning assist at NC State
• Started all 23 games played on the year

2020-21 SEASON
• Named an All-Region first team selection by the United Soccer Coaches
• Named an All-ACC second team selection
• Named to the All-Tournament team at the ACC Championships
• Appeared in 20 games and made 18 starts
• Tallied a team-leading 29 points with 12 goals – including two hat tricks – and five assists
• Her 12 goals led the team, while five four assists was second most
• The 12 goals ranked sixth nationally and the 29 points ranked 9th nationally
• Hit the game-winning goal as part of a hat trick against Louisville in the ACC quarterfinals (11/10)
• Scored the opening goal of the season against Virginia Tech (9/12)
• Three of her five assists came on game-winning goals
• Assisted on game-winning goal against No. 14 Pittsburgh (10/1) in overtime
• Assisted on game-winning goal at Boston College (10/29)
• Tallied a pair of assists, including on the game winner, at Syracuse (11/1) and added a goal
• Added goals against VCU (3/6) and No. 5 West Virginia (4/10) in the spring schedule
• Assisted on Alexa Spaanstra’s second goal against No. 17 BYU (5/1) in NCAA second round match
• Added her second hat trick with all three goals in a 3-0 win over Rice (5/5) in NCAA Tournament Sweet 16
• Named a Women’s Soccer ACC All-Academic selection
• Named to the ACC Academic Honor Roll

2019 SEASON
• Played in 19 matches on the season making 18 starts
• All-ACC Second Team Selection and Freshman Team selection
• Named to the Top Drawer Soccer Best XI Freshman second team
• Named to the ACC Championship All-Tournament team
• Named VaSID Rookie of the Year and first team selection
• Tallied a team-leading 34 points with 15 goals and four assists
• Her 34 points was second in the ACC, while her 1.79 points per games was tops in the ACC
• Her 15 goals tied for the team lead and tops in the ACC with senior Meghan McCool
• The 15 goals tied for most goals scored by a freshman nationally with Stanford’s Izzy D’Aquila
• Her 15 goals  also ranked 19th nationally for all players
• Topped the ACC in goals per game (0.79) and ranked 13th nationally
• Scored in first five career matches to become second player in program history to accomplish the feat
• Named ACC Offensive Player of the Week (9/3) after game-winning goal vs. No. 12 West Virginia (9/1)
• Four multiple-goal games including hat trick vs. Liberty (8/25) and brace against East Carolina (8/30), No. 12 West Virginia (9/1) and at Miami (10/4)
• Also hit game-winning goal against Liberty, No. 15 Georgetown (9/5) and at Miami
• Assisted on game-winning goal against Radford (11/16) in NCAA Tournament opener
• Named to the ACC Academic Honor Roll