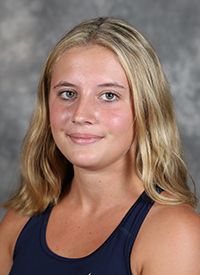 2019-20
• Recorded a 12-2 overall record
• Concluded the year at the No. 8 position
• Defeated her opponent against Middlebury and Dartmouth, helping UVA win the Kurtz Cup title
• Won her matchup against Franklin & Marshall and George Washington at the Mid-Atlantic Squash Championships
• Named to the ACC Academic Honor Roll

Background
• Competed U.S. U19 Junior Squash Championships, falling in the second round of the consolation finals
• Advanced to the Round of 16 at the Frank Millet Junior GU19 Championships
• Finished as the U19 runner-up at the Baird E Haney Brooklyn Junior Gold Tournament, winning four matches to advance to the finals
• Recorded a sixth-place finish at the Pioneer Junior Squash Cup
• Served as the team captain for Packer Collegiate Institute, competing on the Boys Varsity Division
• Played as the No. 2 for the Packer Collegiate Institute during the year, recording a 4-6 record with the team