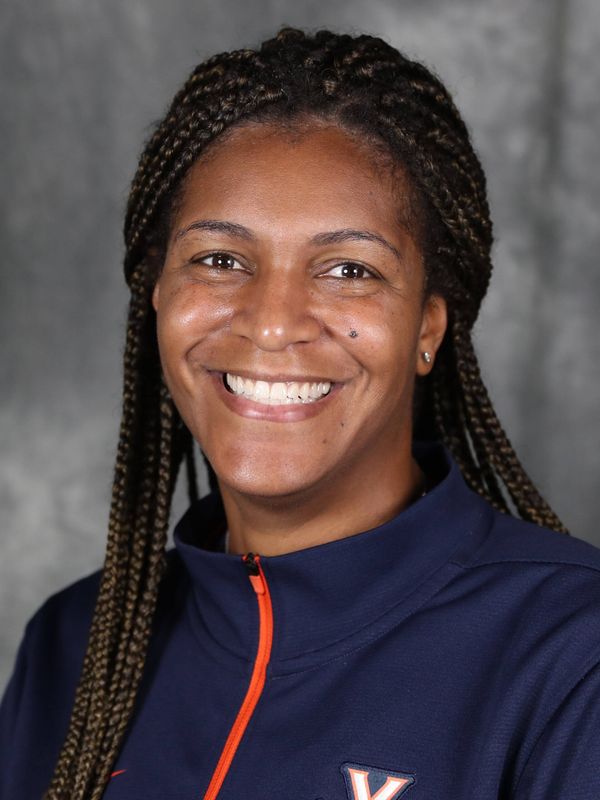 Nicole Miller was named an assistant coach on Shannon Wells’ staff on May 14, 2021.

With more than a decade of coaching experience at the club and collegiate level, Miller comes to Virginia after spending four years at UC Davis (2017-20), most recently as the associate head coach and recruiting director.

In her first season as UVA assistant coach, Miller helped the Cavaliers achieve the program’s best start of 8-4 through its first 12 matches since the 2015 season. Virginia’s notable wins included a five-set victory at VCU, three consecutive sweeps over Bellarmine, Georgetown, and Fairleigh Dickinson to win UVA’s second home tournament of the season and a four-set triumph at North Carolina. Prior to UVA’s win over the Tar Heels, the Cavaliers had only defeated UNC once in the last 19 matchups.

Miller, who helped lure former UVA middle blocker Alana Walker, guided the graduate transfer to finish the 2021 regular season second in the nation and atop the ACC in blocks per set (1.51). Walker’s 1.51 blocks-per-set average was also good for second all-time in a single season in program history. Additionally, Miller mentored UVA outside hitter Brooklyn Borum, who was named an ACC All-Freshman Team selection after leading the Cavaliers in kills per set and reception percentage.

During her tenure with the Aggies, Miller helped mentor seven student-athletes to a total of 10 All-Big West Conference awards, including five first-team honorees, a league freshman of the year, and three selections to the conference’s all-freshman team.

Off the court, the Aggies have excelled as well, as a total of 11 student-athletes have gone on to earn 18 Big West All-Academic Team laurels. The seven honorees in 2019 are tied with the 2016 squad for the second-most in the history of the program behind only the nine selections in 2013. She was also the Diversity, Equity, Inclusion Leader within the UC Davis athletic department.

Miller originally hails from Stockton, Calif., and St. Mary’s High School, but enjoyed her collegiate playing career and two of her recent coaching stops in the South Atlantic. She arrived at UC Davis by way of Clemson, where she ran the Tigers’ recruiting efforts and mentored the program’s blocking defense for two seasons.

Prior to her stop at Clemson, Miller spent one season as an assistant coach and recruiting coordinator at Charlotte, where she helped the program to its highest win total since 2006 and its first Conference USA tournament berth in four years. That stint followed a two-year stop at Cincinnati, where her recruiting expertise landed an eventual American Athletic Conference Setter of the Year honoree.

Miller also served as an assistant and recruiting coordinator at Houston (2010-12), which followed her first coaching position, a graduate assistant role at Ole Miss (2008-10). She also coached at the club level, mentoring the Atlanta-based A5 Mizuno Volleyball Club from 2006 to 2008.

Formerly a standout for St. Mary’s High School and Delta Valley VBC, Miller played her collegiate ball for South Carolina from 2002 through 2005. She served as team captain for three seasons and posted blocking totals of 106 and a team-high 105 during her junior and senior years, respectively. Besides her on-court success, Miller also earned two Southeastern Conference Good Works Team nods for her volunteer efforts in the community. In the classroom, she made the SEC Academic Honor Roll in 2005.

Miller graduated in 2006 from South Carolina with a bachelor of arts in business economics and a minor in business management. She later earned a master’s of education in athletic leadership from Clemson in 2018.