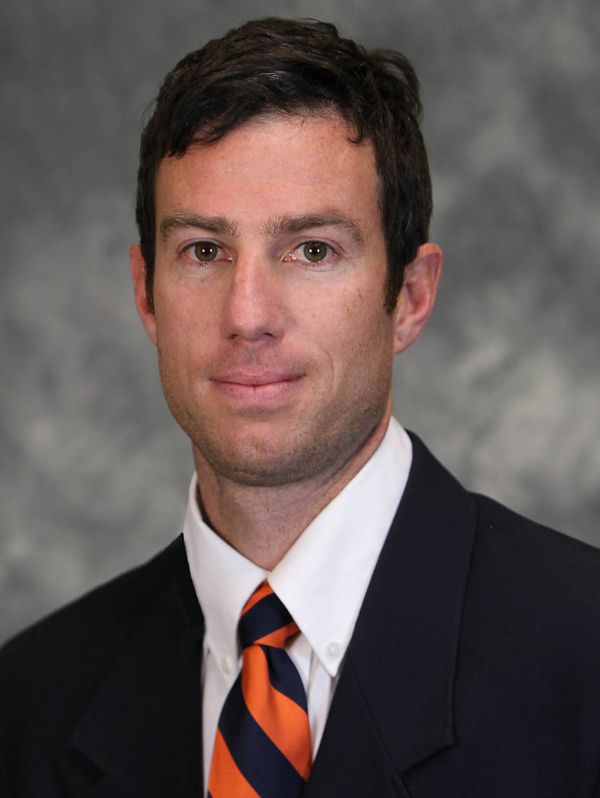 Pete Watson was hired as UVA’s head men’s cross country and assistant track and field coach in January 2012. The Cavalier men’s distance crew has steadily improved as UVA has won five ACC event titles in the last two years under Watson’s guidance. In addition, UVA’s men’s cross country team has qualified for the NCAA Championships, placed first or second at the NCAA Southeast Regional and finished in the top four at the ACC Championships each of six years under Watson. During the 2016 cross country season, Watson guided the Cavaliers to second-place finishes at both the ACC Championships and the NCAA Southeast Regional Championship. The men then went on to finish 18th at the NCAA Championships. Lachlan Cook was named ACC Freshman of the Year, while four student-athletes earned All-Southeast Region honors. Watson guided Zach Herriott to an All-America second-team honor at the Indoor NCAA Championships with a 12th-place finish in the 5000m. At the ACC Championships, Herriott captured the ACC title in the 5000m. Brent Demarest and Chase Weaverling earned All-ACC second-team honors, helping the Cavaliers to a program-best second-place finish.

In 2015-16, the Cavalier distance runners had strong performances throughout the year. The men’s cross country team finished third at the ACC meet, second at the NCAA Southeast Regional and 22nd at the national meet in 2015. Henry Wynne and Chase Weaverling each earned All-ACC honors, while the duo plus Zach Herriott and Thomas Madden took home All-Southeast Region accolades. Wynne followed up his best cross country season to date with a stellar 2016 track season, as he captured the NCAA title in the mile during the indoor season and finished third in the 1,500 meters at the NCAA Outdoor Championships. In addition, Wynne captured ACC individual titles in the mile and 1,500m, anchored the distance medley relay to a conference title, placed second in the 3,000 meters and broke four-minutes in the mile at the John Thomas Terrier Invitational in Boston. For his efforts, Wynne was named the ACC Indoor and Outdoor Men’s Track Performer of the Year. Outside of Wynne, the distance medley relay earned second-team All-America honors with a 10th-place finish at the NCAA Championships and Adam Visokay earned All-ACC honors in the 3,000m. In the outdoor season, William Gray earned honorable mention All-America and second-team All-ACC honors in the 3,000m steeplechase.

In 2014-15, Watson was named the USTFCCCA Southeast Region Coach of the Year after leading the Cavaliers to the NCAA Southeast Region title. During the indoor season, Watson coached the Cavaliers’ ACC Champion DMR, which also finished sixth at the NCAA Championships. The year concluded with seven Cavalier distance runners qualifying for the NCAA East Preliminaries, including Kyle King, who advanced in the steeplechase, and Wynne in the 1,500m.

In 2013-14, Watson mentored King to a 18th-place finish at the NCAA Cross Country Championships, the highest-ever finish for a UVA runner at the meet. King went on to win the 3,000m steeplechase at the ACC Championships and was one of three Virginia distance runners to qualify for NCAAs. In 2012-13, Watson led the Cavaliers to their first NCAA Southeast Regional Championship, with all five members of the scoring team earning All-Southeast Region honors. Before the season, Watson guided King to a second-place finish in the 5,000 meters at the USATF Junior National Championships and an appearance on the U.S. team for the 2012 IAAF World Junior Championships. Overall at Virginia, Watson has coached a NCAA Champion, six ACC Champions, 23 All-Americans and 37 All-ACC honorees.

Before coming to Charlottesville, Watson was the head cross country and assistant track and field coach at North Carolina (2009-12), Auburn (2005-08). At UNC, he coached Jake Hurysz to gold in the 5,000m and Issac Presson to silver in the 1,500m for Team USA at the 2011 Pan American Junior Championships. Watson graduated from West Virginia in 2001 and served as a volunteer coach there. The London, Ontario, native was a member of the 2000 and 2001 Canadian National Track and Field Team, winning bronze in the 5,000m at the 2001 Canadian Track and Field Championships.