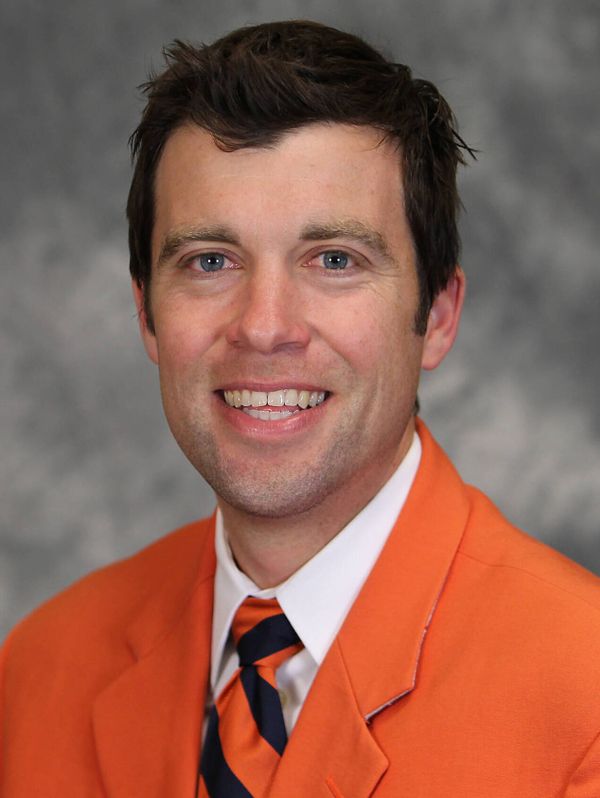 Morgan guided Cleo Boyd to a second-place finish in the 5000m at the indoor ACC championships. Additionally, Boyd broke the school record in the indoor 3000m.

Under Morgan, the 2015 women’s cross country team captured its first ACC Championships since 1982. That same season, the Cavaliers went on to win their second NCAA Southeast Regional Championship in three years and finished 15th at the NCAA Championships, their third-straight top-15 finish. For his efforts, Morgan was named USTFCCCA Southeast Region and ACC Women’s Cross Country Coach of the Year.

Morgan was also named USTFCCCA Southeast Region Coach of the Year in 2013, when the Cavaliers won the regional meet and finished ninth at the NCAA Championships.

In his first two seasons at UVA, Morgan led Catherine White to a pair of 10,000m ACC titles and Morgane Gay to a fifth-place finish in the mile at the 2012 NCAA Indoor Championships.

Overall, Morgan has guided Cavaliers to six ACC individual titles, 12 All-America honors and 24 All-ACC performances. In addition, the women’s cross country team has qualified for the NCAA Championships each of the four seasons Morgan has been at the helm.

Before coming to Charlottesville, Morgan spent three seasons as the primary cross country coach and five-and-a-half years as an assistant track and field coach at Florida. Morgan directed the Florida women’s cross country team to back-to-back SEC Championships in 2009 and 2010 and mentored Charlotte Browning to the indoor 1-mile run and outdoor 1,500-meter NCAA individual titles in 2010.

Before his time in Gainesville, Fla., Morgan was an assistant track and field coach at South Florida, where he coached four NCAA All-Region cross country performers and one, Christa Benton, qualified for the NCAA Championships.

Prior to USF, Morgan coached at Virginia Commonwealth from 2001-04. After serving as interim head coach in 2001-02, he mentored the sprints and jumps athletes, that included Tanika Brown, who won the 2003 NCAA East Regional, ECAC and CAA high jump championship and was named the CAA’s Freshman of the Year.

Morgan began his coaching career at his alma mater, North Carolina, in 2000, working with primarily the cross country teams, sprinters and jumpers.

Morgan earned a bachelor’s degree in political science and communication from UNC in 1999. He served as the Tar Heels’ cross country captain in 1997 and 1998 and competed professionally for Nike Athletics America for one year. Morgan is married to the former Christy Buckland. They have two sons Eli, who was born in July 2014, and Owen, who was born in April 2017.