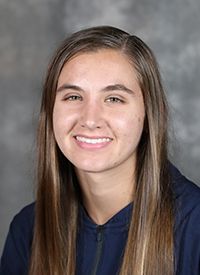 2020 Cross Country
• Finished 18th at the ACC Championships, earning All-ACC honors
• Ran a career-best 6k time of 20:39.4 at the ACC Championships
• Captured a career-best time of 17:07.1 at the Virginia/Panorama Farms Invitational, finishing fourth overall at the meet
• Led the Cavaliers at the Virginia Invite, finishing third at the meet with a time of 17:20.2
• Placed sixth at the Wolfpack Invite and was the second Cavalier to cross the finish line
• Named to 2020 All-ACC Academic team

Personal
• Majoring in kinesiology
• Daughter of Tim and Cindy Moran
• Has two brothers, Timothy and Spencer, and two sisters Jourdan and McKenzie