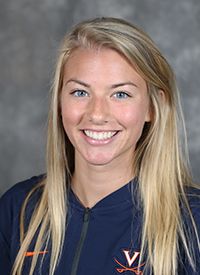 2019 Indoor
• Ran with the DMR at the ACC Championships finishing 12th in the event with a time of 11:55.53
• Recorded a season-best time of 1:15.87 and a second-place finish in the 500m at the Liberty Flames Invite
• Finished third at the Keydet Invitational in the 800m

2018 Cross Country
• Placed 83rd at the NCAA Southeast Regional Championships with a time of 21:37.9
• Finished 89th at the ACC Championships

Background
• Was a five-time state champion for the indoor track and field team
• Captured the indoor team state championships
• Holds the school records in the indoor 300m, 500m, 1000m 800m and 4x800m and outdoor 4xmile and DMR
• Recorded a state record indoor 1000m and outdoor 800m
• Named 2015 Indoor Most Valuable Runner Team Award, 2016 Outdoor Most Valuable Runner Team Award, News and Advance 2016 Track Athlete of Year and ESPN Radio Student-Athlete of the Year American
• Recognized as a New Balance All-American in the indoor 4x800m, twice, while being named outdoor All-American in the 4xmile and DMR
• Named All-State in cross country

Personal
• Majoring in English
• Daughter of Stephen and Jane Rennyson
• Has two brothers, Carter and Brady
• Has cousins who play field hockey at William and Mary and Harvard