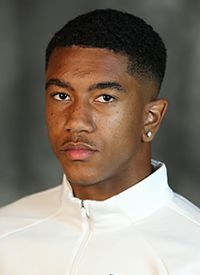 2019 Outdoor
• Advanced to the NCAA East Preliminary Rounds in the high jump, finishing 31st at the meet
• Finished ninth in both the high jump and long jump at the ACC Championships
• Captured a season-best jump in the long jump at the ACC Championships, reaching 7.40m (24’3.5″)
• Ranks fourth-all time at UVA with a career-best jump of 2.13m (6’11.75″) at the Virginia Challenge
• Ranks ninth all-time at UVA in the long jump
• Recognized on the ACC Academic Honor

Background
• Named four-time All-State honoree and five time All-Region honoree
• Recognized to the All-Conference team 12 times
• Named a 2017 two-time All-American
• Holds the school record in the high jump
• Named All-Area track and field top athlete in Winchester, Va.
• Ranked No. 1 in the Virginia for the high jump in 2017

Personal
• Son of Ed and Sheryl Causey
• Has one brother, Ethan Causey, and a sister, Shante Roberts