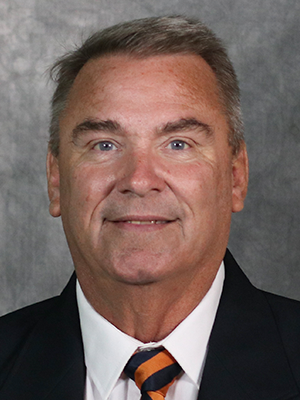 Lemke spent his last 15 seasons in coaching at Florida as the associate head coach for throws. During his time in Gainesville, Lemke led the Gator throwers to the top of not only the SEC, but to the upper tier of NCAA Division I.

Over the course of his tenure at Florida, which began in 2006, the Gator women won seven individual NCAA Indoor and Outdoor Championships in throwing events – the third most by any Division I program in that span. Florida’s five indoor and outdoor national shot put titles were tied for the national lead during his tenure with the team as well.

Lemke’s track record at national meets speaks for itself. Aside from just developing national champions, his athletes at Florida consistently scored at national meets helping the program to nine national titles on the men’s side and numerous top-five finishes on the women’s side. In all, Lemke coached a total of 50 Florida men and women to score at the NCAA Championships, a number that ranks second among Division I coaches in that span. Under his tutelage, a total of 70 Gators earned USTFCCCA All-America honors in throwing events.

At the conference level, Lemke led his men and women to 35 indoor and outdoor SEC titles in the throwing events – five more than any other SEC program over that period.

Lemke by the Numbers