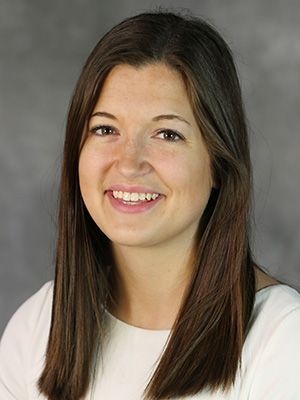 Marx returned to Virginia in September 2015 after serving as a graduate assistant in the office of student-athlete development at Arizona State. During her time in Tempe, Marx helped coordinate the academic support programs for student-athletes, including tutoring, mentoring, study halls and computer lab programs. She served as an academic mentor for highly at-risk student-athletes, helping them with instruction related to study skills, time management and overall academic success.

A 2014 December graduate of the University of Virginia, Marx completed her bachelor of arts degree in studio art in three and a half years. As an undergraduate at UVA, Marx was the lead student football operations assistant. Her duties included a bevy of tasks including managing head coach Mike London’s correspondence, assisting with recruiting on game day, assisting with travel itineraries, accommodations and manifests for away games, and interviewing, hiring and training new student workers.