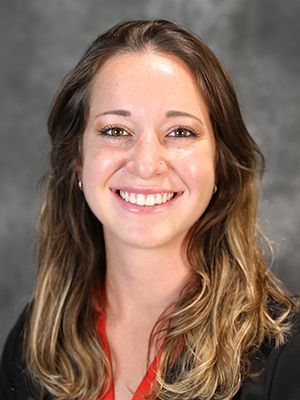 Andrea Fortunati has been an assistant athletic trainer at Virginia since 2018, where she works with the men’s and women’s swim and dive teams. Fortunati is responsible for the overall daily health care of UVA student-athletes, including prevention, evaluation, treatment, and rehabilitation for injuries and illnesses.Prior to coming to Virginia, Fortunati spent time at Michigan for a post-graduate fellowship program. There, she worked with the track and field and cross country teams, then became the primary athletic trainer with the men’s and women’s tennis teams. During her time at Michigan, she assisted as a team leader with Gatorade.

Fortunati received her bachelors degree in athletic training from Vermont in 2014. She completed her master’s degree in kinesiology at the University of Connecticut, where she worked for the Korey Stringer Institute as the Assistant Director of Elite Athlete Health and Performance for Team Sports, and at a local high school as a co-head athletic trainer. Following this, she worked at Quinnipiac University as an athletic trainer with the volleyball team.Fortunati has been involved in a variety of research endeavors focusing on NCAA men’s soccer athletes, and is a member of the National Athletic Trainers Association.