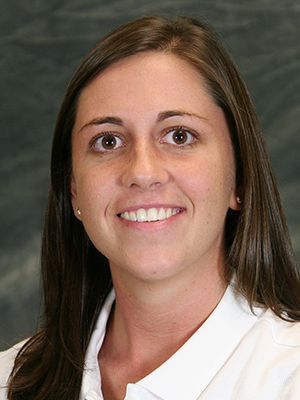 In between receiving her degrees, Putnam worked for one year as the head athletic trainer at Alleghany High School in her hometown of Covington, Va. Along with being the primary athletic trainer for women’s lacrosse, Putnam also mentors women’s field hockey and assists with the provision of sports medicine/athletic training for UVa summer athletic camps.

Putnam is certified by the National Athletic Trainers Association and is a Certified CPR/AED Instructor for the American Red Cross.

In 2005 Putnam was awarded the Betty and Money Yates Award from the women’s lacrosse team for outstanding service and dedication to the team. She was also the recipient of the Tim Abbott Memorial Award from the Virginia Athletics Department in 2002, recognizing her dedication to and empathy for the student-athletes.