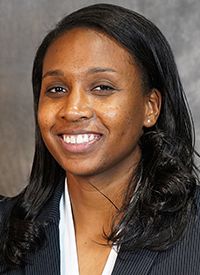 Breyana Mason joined the Virginia women’s basketball staff as the director of scouting and video services in October of 2018. Mason was a four-year starting guard for the Cavalier women’s basketball team (2014-17), finishing her career ranked 26th on the all-time scoring list with 1,080 points. She finished her career ranked seventh in the ACC record book for career three-point shooting percentage, making 41.4 percent of her long-range shots, which ranks second in UVA program history. Mason was a three-time All-ACC Academic Team member and was the fourth player in program history to earn the prestigious Weaver-James-Corrigan ACC Postgraduate Scholarship, and one of just 28 ACC women’s basketball players to have earned the honor. She was a two-time recipient of the Christine J. Toretti Scholarship for Academic Excellence as well earning the Ralph Sampson Scholarship Award for excellence in leadership, academics and athletics. Mason began her professional career as the director of operations for the Longwood women’s basketball team, assisting the coaching staff with day-to-day office operations as well as scheduling, practice planning and team travel. A native of Woodbridge, Va., she was voted the 2013 Gatorade Virginia State Player of the Year as well as being a Parade Magazine All-American as a star at Forest Park High. Mason is a double graduate of the University of Virginia, earning a B.A. in American studies in 2017 and an M.Ed. in educational psychology with a concentration in applied development science in August of 2018.