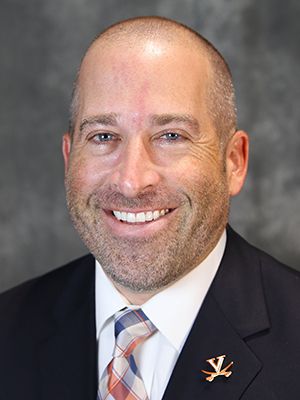 Greg Driscoll is UVA’s Assistant Athletics Director for Strategic Marketing and Fan Engagement. He joined the Virginia athletics department in the fall of 2011 as the director of marketing.

He spent the previous three years as the director of marketing at Georgetown where he helped promote the Hoya men’s basketball team to having one of the top 25 average attendance averages in the nation. He also oversaw the social media outlets for Georgetown’s athletic website and was the assistant director of licensing.

From 2006 to 2008 Driscoll worked as the assistant director of marketing at North Carolina. He worked with the women’s basketball and men’s and women’s soccer programs. Driscoll was also a graduate assistant in the Tar Heel sports marketing department from 2005 to 2006 while completing his master’s degree in exercise and sports science.

Driscoll graduated from Virginia in 2004 with a degree in commerce. He worked for Cavalier Sports Marketing as an undergraduate.