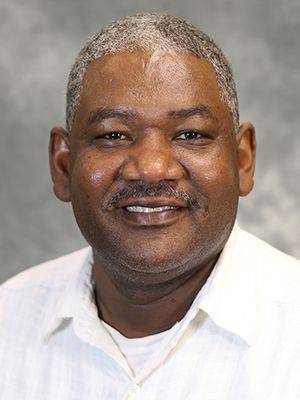 Isam Salih joined the athletics department as the housekeeping manager in 2011. His duties include but not limited to insuring all administrative offices in the McCue Center, locker rooms, venues and all other athletics facilities are clean and ready. He is in charge of ordering supplies and equipment to the department and coordinating post game cleaning with contractors.Before joining the athletics staff he was the housekeeping supervisor for Alderman Library and Memorial Gym for one year. He also worked at the University’s medical center in environmental services for four years. When he first arrived in Charlottesville he spent four years at the Omni Hotel, eventually reaching the position of Front Desk Manager.

From 1999 to 2001 he worked as an interpreter and social worker for the United Nations High Commissioner for Refugees in New Delhi, India. He attended Mahatma Gandhi University in India where he earned a master’s of art in politics and international relations in 1996. He received his bachelor’s degree in economics from Madurai Kamaraj University in India in 1993. He earned a certificate in supervisory in hospitality industry from Piedmont Virginia Community College in Charlottesville in 2004.