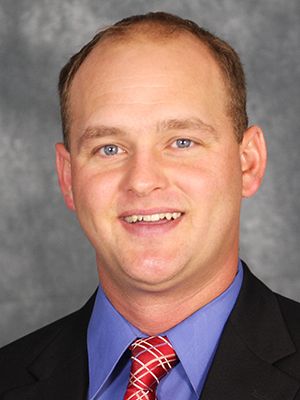 Jesse Pritchard is in his seventh year as the sports turf manager for with the Virginia athletics department. Pritchard oversees a staff of three-full time employees responsible for 15 acres of sports turf, the maintenance of four synthetic fields and the care for athletic grounds.Pritchard and the sports field crew are responsible for all field preparation for the sports of football, baseball, softball, soccer, lacrosse and track and field.

During his time at UVa Pritchard has also successfully hosted Rolling Stones and U2 concerts in Scott Stadium, designed and implemented the renovation of Davenport Field, Klöckner Field and the varsity softball field at The Park and helped with the conversion of three practice fields to the new generation rubber infill synthetic surfaces. Pritchard’s work on the athletic fields has earned him two prestigious awards by the athletics department – 2006 Rookie of the Year and and 2008 Employee of the Year.

Pritchard is a 2001 graduate of the University of Tennessee with a bachelor’s degree in Ornamental Horticulture and Landscape Design with a concentration in turf management. Before accepting his position with UVa, Pritchard was the operations manager for Sports Turf Management out of Woodstock, Ga.

Pritchard is married to the former Amy Fielder and resides in Charlottesville. The couple has one son, Cooper, born January 2008.