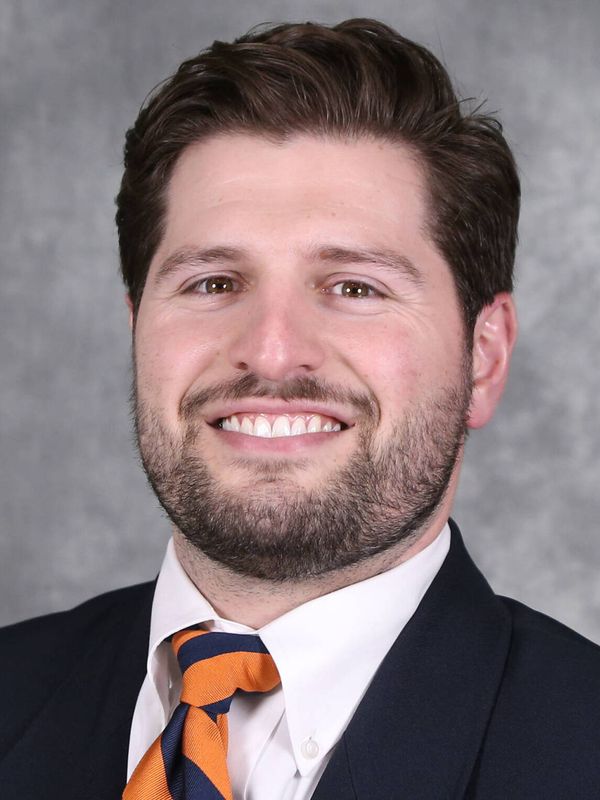 Sheridan is in his first season as a senior defensive analyst at Virginia.

He comes to UVA after serving as the defensive coordinator at his alma mater Albion College from 2018-21. In his last three years at Albion, the Britons went 20-4 and won a pair of MIAA Championships (2020 & 2021).

Sheridan worked as a graduate assistant at Arkansas and Purdue prior to returning to Albion.

He was a four-year letterwinner at safety at Albion from 2010-13 and elected team captain by his teammates as a senior in 2013. Sheridan also helped Albion to MIAA conference championships in both 2011 and 2013. He stayed in Albion after graduation and coached the cornerbacks for the 2014 season.

A native of Ann Arbor, Michigan, Sheridan earned his bachelor’s degree in exercise science from Albion in 2013.