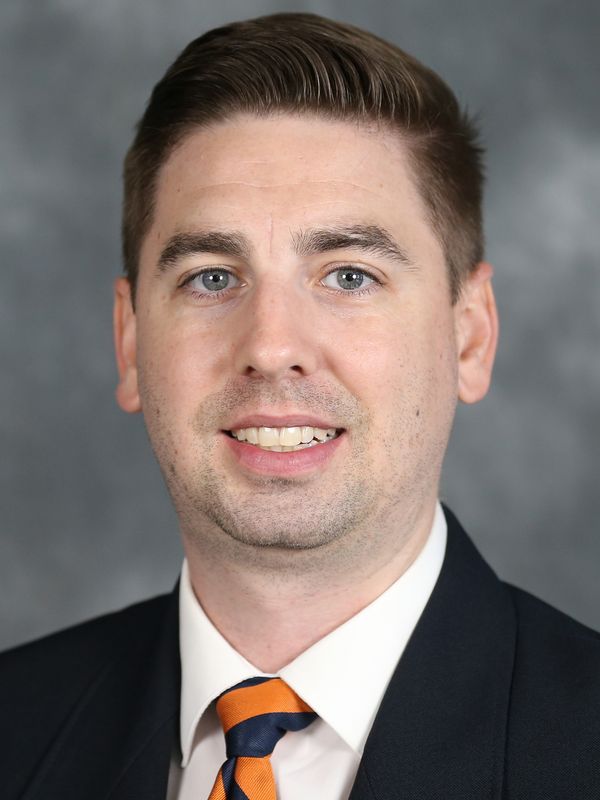 Patrick Boling, a native of Charlottesville, joined the Virginia Athletic Communications Department in August of 2021. He works with the volleyball and men’s lacrosse programs.

Prior to joining the Cavaliers’ staff, he served as a Graduate Assistant (2017-19) before being promoted to Assistant Director of Athletic Communications (2019-21) at Clemson University. During his four-year tenure with the Tigers, Boling worked with the volleyball, track & field, cross country teams and helped pilot the launch of the Clemson softball program. During the 2021 season, the Tigers’ softball team won the ACC regular-season title and earned a berth in the Tuscaloosa Regional in the program’s first opportunity to appear in the NCAA Tournament. Boling also worked closely with ACC Softball Coach-of-the-Year John Rittman and ACC Player-of-the-Year Valerie Cagle.

Before his time at Clemson, Boling had stops at the Southern Conference (2016-17), where he served as the volleyball, women’s basketball and men’s lacrosse contact, and the Big South Conference (2015-16).

He earned his undergraduate degree in Sport and Recreation Management from James Madison University in 2014 and his master’s degree in Athletic Leadership from Clemson 2019.