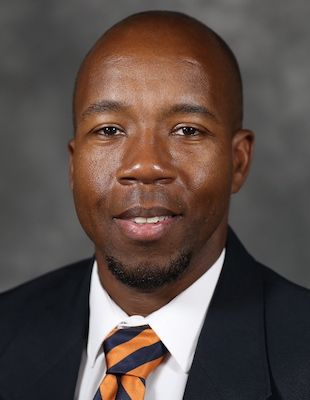 Richie Parker joins the Cavalier Football program as the Chief of Staff after a 17 year career with Hendrick Motorsports as a mechanical engineer and vehicle design manager. During his time in NASCAR, Parker helped contribute to 112 NASCAR Cup Series wins and seven championships between 2005 and 2017. Parker was also a co-founder and engineer for Optimech Solutions in Charlotte, NC and has served as a motivational speaker since 2014.

Parker received his Bachelor’s of Science in Mechanical Engineering from Clemson University in 2005 and his Master’s of Business Administration from Clemson in 2017.