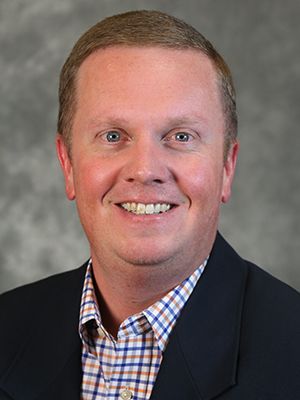 Ryan Chambers serves as Director of Corporate Sales for Virginia Sports Properties — a role he has held since his hire in March of 2016.

Prior to his move to UVA, Chambers was General Manager for the sports properties group at the University of San Francisco.  Chambers has spent much of the last thirteen years in the college space, responsible for raising revenues in a variety of ways.

He spent almost ten years at Georgia Southern University in Statesboro, GA., during which time he was responsible for record revenue gains in a variety of roles — heading up sales efforts for the school’s flagship radio station, working in development for the University’s foundation and helping spearhead the Athletic Department’s first multimedia rights agreement.

Before his work in college athletics, Chambers worked in broadcasting, both on television and on radio. He can still be heard on occasion locally, filling in for UVA Baseball radio broadcasts in the spring.  A University of Georgia graduate, and Chambers has three children: Winslette, Maggie, and Cal.