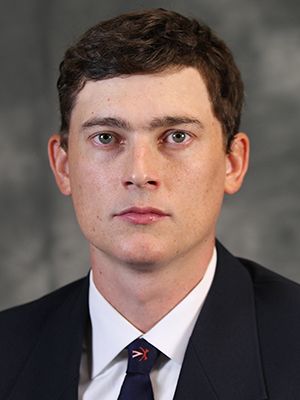 Ryan Mahanes is Virginia’s Director. Creative Services. He was assumed his new title after serving as Director of Video Services, Post Production and Recruiting since 2018.

He joined Virginia’s video services department in 2012 as a video coordinator. Mahanes was named a producer/editor in August 2015. He works with the Cavalier softball, field hockey and men’s tennis programs to coordinate coaching video at events and providing highlight content for those programs on UVA’s digital platforms. He also assists with video projects for the Virginia football program. Mahanes is the producer for UVA’s award-winning Cavalier Sports Weekly television show.

Mahanes previously worked in the Cavalier athletics department as the assistant video coordinator for the football program. He worked in the areas of digital video, scouting, player development, recruiting and promotion.

Mahanes graduated from Virginia in 2003 with a degree in religious studies. He worked as a video assistant in the athletics department from 2000 to 2003.