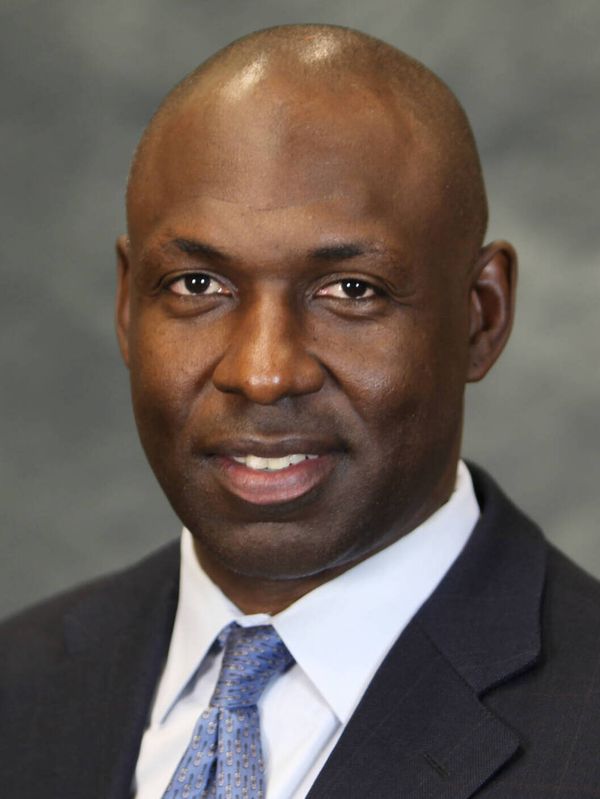 This will be the fourth time Moore has relocated to Charlottesville. The first was in 1986 after he graduated from Martinsville High School. A 1990 alumnus of UVA, Moore played professionally for five years (in the National Football League and Canadian Football League).

Moore later moved to the D.C. area, where he worked at Howard University, for USA Football and at St. Albans School before returning to Charlottesville in 2010 to join then-UVA head coach Mike London’s staff as wide receivers coach. He later coached the tight ends in 2012.

In 2014, Moore moved to the Dallas area to become director of community relations for the College Football Playoff, and he started at St. Christopher’s in 2016.

A three-year starter at quarterback for Hall of Fame coach George Welsh, Shawn Moore finished fourth in voting for the Heisman Trophy as in 1990, when the Wahoos rose to No. 1 in the national polls.

Moore entered the collegiate coaching ranks for the first time after four seasons as the quarterbacks coach at St. Albans School. Moore also served at St. Albans as the Dean of Students for the lower grades.

The former UVA signal caller completed his final collegiate season in 1990 holding 41 school, ACC and NCAA individual records and still holds many program records, including most total offense in a career (7,897 yards) and touchdowns responsible for in a career (83).

A decorated collegiate career also included being named the “1990 Exemplary Player of the Year” by Street & Smith’s magazine and the Downtown Athletic Club of New York for athletic performance, academic achievement and leadership. Moore finished second for the Walter Camp Foundation National Player of the Year Award in 1990.

A dual threat in the backfield, Moore was the only Division I-A quarterback in 1989 to pass for more than 2,000 yards and rush for more than 500 yards. He finished his UVa career throwing for 6,629 yards on 421-of-762 passing, including 55 touchdowns and 32 interceptions. On the ground Moore accumulated a career mark of 1,268 rushing yards on 415 attempts, including 28 scores, for a total offense of 7,897 yards and 83 touchdowns.

Moore was chosen as a senior to participate in the Japan Bowl, Hula Bowl and the East-West Shrine games, leading up to his selection by the Denver Broncos in the 11th round of the 1991 NFL Draft. Moore played with the Broncos from 1991-93 before heading to the Arizona Cardinals in 1994. Moore concluded his professional career in 1995 with the CFL’s Winnipeg Blue Bombers and Calgary Stampeders. The consummate athlete, Moore was also drafted by the Montreal Expos in the 71st round of the 1991 Major League Baseball amateur draft, after not playing the sport since high school.

His son, Mike Moore, was a standout defensive lineman for Virginia and now plays in the CFL.