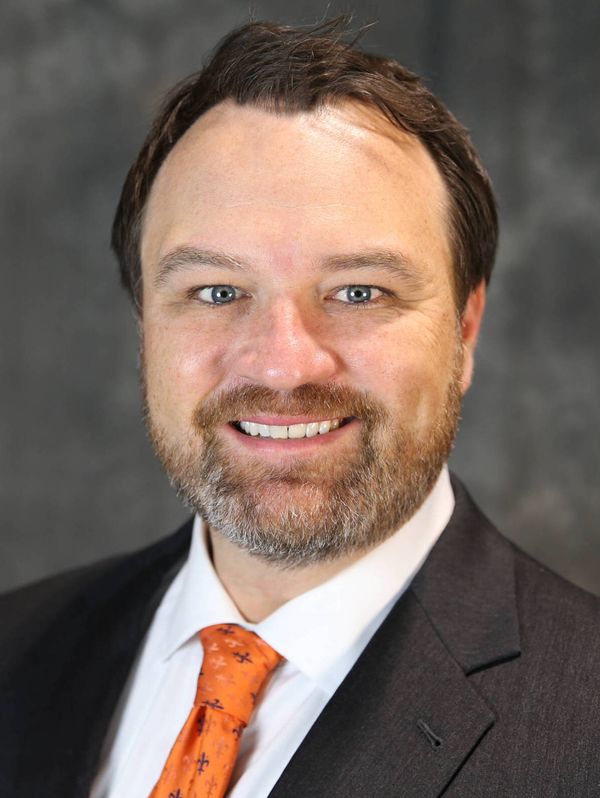 Vincent Briedis has been an assistant athletics media relations director at Virginia since September 2009 and is the primary contact for the football and men’s lacrosse programs.

While at UVA Briedis has promoted the Cavaliers at such events like the ESPYS, ESPN Car Wash, the College World Series, bowl games and men’s lacrosse Final Fours, highlighted by Virginia’s 2011, 2019 and 2021 NCAA title teams. The Football Writers Association of America recognized his efforts when the organization included Virginia on its 2012 “Super 11” list. The organization, which was founded in 1941, gives the honor annually to 11 sports information departments deemed the best in the NCAA Football Bowl Subdivision. In addition to his UVA football duties, Briedis has worked on the communications staff for three ACC Football Championship games (2013-14-15) and the 2016 College Football Playoff National Championship in Glendale, Ariz.

Staying busy during his three years in Lynchburg, in addition to working in the athletics communications department, Briedis did play-by-play and color analysis for Liberty baseball games on WWMC 90.9 and served as the color analyst on radio broadcasts for the Danville Braves Baseball Club of the Appalachian League on ESPN radio WMNA 106.3.

Prior to his days at Liberty, Briedis spent two-and-a-half years as the Director of Sports Information at Grand Canyon University (GCU) in Phoenix, Ariz. While at GCU, Briedis ran the sports information department at the university.

Briedis joined GCU after spending the 2003 season with the Colorado Springs Sky Sox Baseball Club, the Triple-A affiliate of the Colorado Rockies. Briedis served as the Public Relations Assistant and Marketing Representative for the Pacific Coast League franchise, where his duties included serving as a liaison between the club and the media/community as well as assisting with the daily office demands.

Briedis worked closely with KRDO, the flagship radio station of the Sky Sox, where his duties included ad rotation and assisting in the daily game production. Briedis also assisted in the production of all Adelphia television broadcasts. As part of the marketing department in the off-season, Briedis contributed to the outstanding sales results the Sky Sox achieved. The franchise finished 2003 with the third-highest revenue of the 30 Triple-A franchises, despite being located in the second-smallest market.

Briedis is a 2001 graduate of Grand Canyon, where he earned a bachelor of arts degree in communications with a public relations emphasis. While at GCU, Briedis was a four-year letterwinner on the Antelopes Baseball team, where he was a member of the club’s 1998 Western Athletic Conference Northern Division Championship team and participated in the conference championship at San Diego State. In the summer of 1999, Briedis participated in the 94th-annual Midnight Sun Game in Fairbanks, Alaska, when his Oceanside Waves team took on the Alaska Goldpanners in Alaska Collegiate League action. The game and the Summer Solstice events that surrounded the game were featured that year on the Fox Sports show, “Going Deep.”

Upon graduation, Briedis signed a free agent contract with the Richmond Roosters of the Frontier League, where he spent the 2002 season.

Briedis is a member of the College Sports Information Directors of America (CoSIDA) and the Virginia chapter (VaSID) of that group as well as the Football Writers Association of America (FWAA) and the National Football Foundation (NFF).

Briedis has worked on numerous publications recognized in the annual CoSIDA Publications Contest. His work as the assistant editor of Liberty’s 2007, 2008 and 2009 football media guide was acknowledged all three years as the No. 3 brochure in the nation at the FCS level. The 2007 and 2009 Liberty football media guides also were also honored with best cover in the nation accolades. In 2010, Briedis’ Virginia men’s lacrosse media guide was judged as the best cover among lacrosse guides and was voted the fourth-best book among Divisions A, B and C entries.

In May of 2006 Briedis earned his master of business administration degree with a marketing emphasis from Grand Canyon.

Also, an avid college football fan, Briedis has been to 41 bowl games, which includes 29 Holiday Bowls, four Fiesta Bowls, two Cactus Bowls, one Freedom Bowl, one Belk Bowl, one Chick-fil-A Bowl, one Military Bowl, one Orange Bowl and the 2016 College Football Playoff National Championship. The first bowl game he ever attended was the 1984 Holiday Bowl, which catapulted BYU to the national title.

Briedis is a native of Carlsbad, Calif., in North San Diego County and is married to the former Laura Ransom of Bucyrus, Ohio. The couple resides in Fishersville, Va., with their daughter, Blythe.